City of Helena and Lewis and Clark County, Montana

Helena is the capital city of Montana and county seat of Lewis and Clark County. Population in the county grew 10 percent over the last decade, with 65 percent of that increase occurring in unincorporated areas.

Some 8,000 residential lots were added to the Helena Valley region, a majority of them outside city limits. Suburbanization produced scattered housing developments on individual wells and septic systems. Valley groundwater aquifers are threatened. Road infrastructure is under increasing strain with a growing number of vehicle trips.

Local government is challenged to provide fire and police protection, particularly to homes located in high fire hazard hills surrounding the valley. The school district is struggling to keep up with higher enrollment and increased transportation costs to bus students from the valley to schools in the city.

With a host of issues spurred by sprawling development, the City of Helena and Lewis and Clark County entered into a Memorandum of Understanding (MOU) to begin addressing them. Both governments are committed to pursuing smart growth solutions and came together to request a CPAT to further implement the 2009 MOU. The city has designated an "Urban Standards Boundary" covering adjacent county properties suitable for future connection to city utility systems and for annexation, but they lack a plan to guide the annexation processes and development methods to promote a new pattern of compact development.

Local government is challenged to provide fire and police protection, particularly to homes located in high fire hazard hills surrounding the valley. The school district is struggling to keep up with higher enrollment and increased transportation costs to bus students from the valley to schools in the city.

February 6, 2015
Channel KTVH/KBGF-TV in Helena, Montana, explores how an APA Community Planning Assistance Team (CPAT) is evaluating where Lewis and Clark County should expand development in the north valley of Helena.

February 2-6, 2015
The full team visited Helena to work with City and County staff to engage a diverse set of stakeholders. Nearly 50 stakeholders participated in a workshop held from 9 a.m.–2:30 p.m. on February 3. Participants represented a range of interests in the Helena Valley region, including the development community, a local land trust, flood and wastewater specialists, conservation groups, fire and police, engineers, Fort Harrison, among others. The CPAT worked to find areas of common interest and themes that emerged from the stakeholders. Team Leader Joanne Garnett, FAICP presented the Team's preliminary findings from the stakeholder event and an overview of the area's growth conditions during three separate events on February 5, which included: (1) "Hometown Helena," a civic group that meets weekly at the Montana Club; (2) a meeting of the Lewis and Clark County Board of Commissioners; and (3) a meeting of the Joint City/County Board of Commissioners. 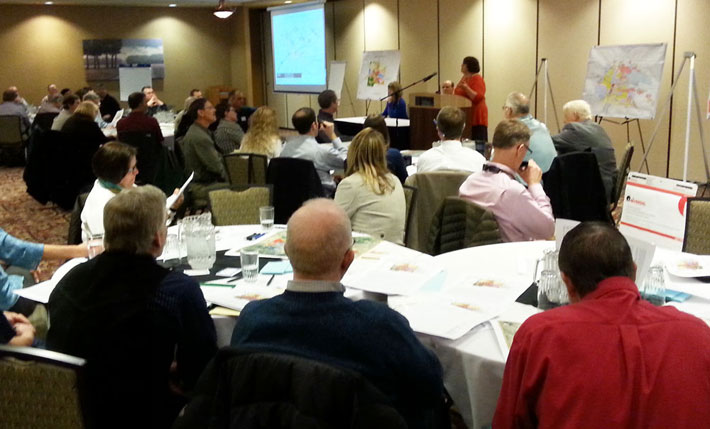 The CPAT welcomed nearly 50 people who arrived Tuesday morning for a stakeholders workshop to discuss major growth issues in the Helena Valley region.

September 12, 2014
Team leader Joanne Garnett, FAICP, and APA project manager Ryan Scherzinger visited Helena to meet with city and county staff. Garnett and Scherzinger first met with George Thebarge, AICP, planning director for Lewis and Clark County. They joined a meeting with both city and county staff to discuss the range of issues facing the valley region, then embarked on a tour to see the city and adjacent areas of the county. 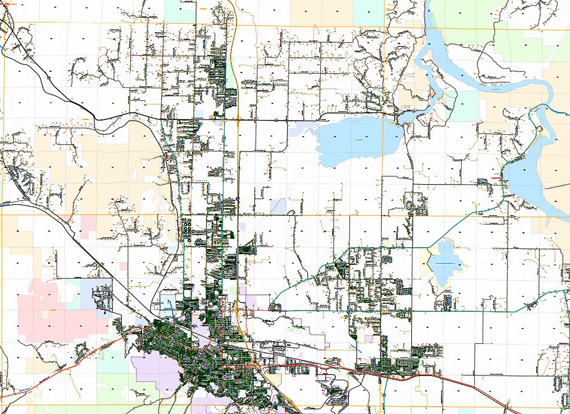 Joanne Garnett has over 30 years of professional planning experience in the public and private sectors. Among her many specialties is assisting local governments with their short-term and targeted planning needs. She is a past national president of both the American Institute of Certified Planners and the American Planning Association. Garnett routinely participates as a speaker at national, regional and state planning conferences and also provides planning commissioner training seminars. She is actively involved in her community as a board member of the Downtown Sheridan (Wyoming) Association, a Main Street-affiliated organization, and previously served on the Wyoming Humanities Council.

Bill Collins served as planning and development director in the Southeast, Northern New England and the Rocky Mountain West, including more than a decade in Jackson Hole, Wyoming. As a planning consultant during the past decade, he has assisted dozens of public and private sector clients in Montana, Idaho, Arizona, and Wyoming. His career in planning and development spans over 30 years. His professional experiences have touched upon nearly every facet of the planning profession, including affordable housing, environmental protection, growth management, economic development, community character preservation, and transportation strategies. Preparing, administering, and defending regulations and comprehensive plans, as well as working with private land owners, have been the major elements of his work.

A professional planner since 1984, Ken Markert is a rural and small town planning specialist with a wide-range of local government planning experience from across the U.S. Markert formed MMI Planning in 2003. He has extensive experience working on master plans for a number of towns, cities, and counties in Wyoming and Montana. He has produced county land use plans, town master plans, city neighborhood plans, city comprehensive plans, as well as zoning and subdivision regulations for clients in the region. Previously, Markert was the Park County planning coordinator. He directed the completion of the county's land use plan and prepared a new county zoning resolution, which included the county's first complete zoning map. Markert is the past-president of APA's Western Central Chapter and a member of the Small Town and Rural Planning Division.

Neal Starkebaum is the Assistant Director of the Gunnison County, Colorado Community Development Department. He graduated from Colorado State University with a Bachelor of Science in Natural Resource Management and has more than 25 years of professional planning experience working on a wide-variety of land use in both urban and rural and resort community environments. He has extensive experience working on issues involving state and federal land management agencies, oil and gas development, protection of the Gunnison Sage-grouse, development review and community floodplain management.