North Beach is located on the western shore of the Chesapeake Bay in Maryland. The area was long inhabited by Native Americans, then by early Europeans starting in the 1600s who most likely grew tobacco there for European markets. The area would have provided a front row seat to the Chesapeake Theater of the War of 1812.

It wasn't until the 1890s that development of today's coastal community began after a rail line connecting Washington, D.C., was established in 1899. Boasted as a high-class seashore resort, the town grew into a small, but thriving, summer community with homes, churches, and shops.

Despite the town's ups and downs, North Beach continued to grow slowly over the years. Today, it supports a resident population of around 2,000. Still very much a seasonal town, North Beach hosts many summer visitors and programs a variety of well-attended festivals and events on its boardwalk.

The town has made many improvements and has good "bones," including a grid pattern of well-maintained roads and sidewalks, the boardwalk and pier, bike and pedestrian trails, and improved flood control measures. The downtown, however, contains many "holes" of under- and undeveloped land. The town owns several of the key properties and is interested in creating a plan for the downtown that enables all of the town's goals to work together. It wishes to encourage and enhance the summertime tourism, yet create a better year-round place for full-time residents.

North Beach, with no planners on staff, came together with the planning commission and other area planners and architects (including the leadership of the APA Maryland Chapter) to request the CPAT program's assistance.

Despite the town's ups and downs, North Beach continued to grow slowly over the years. Today, it supports a resident population of around 2,000. Still very much a seasonal town, North Beach hosts many summer visitors and programs a variety of well-attended festivals and events on its boardwalk.

August 2015
The CPAT visited North Beach August 20-23, 2015. Following a tour of the town, the team facilitated a "mini" visioning session on the first night with more than 60 participating community members. They met with the mayor and council, business owners, town staff and planning commission, local developers, citizen interest groups, and representatives from the State Department of Business and Economic Development. They visited all businesses in the downtown study area and experienced the popular Farmer's Market, Classic Car Drive-in and Arts Fair that draws people to North Beach from around the region. The team worked to create a new downtown plan, which they presented on the final day to a full room of community members, including the mayor and council.

July 2015
Team leader Bob Paternoster, FAICP, and APA project manager Ryan Scherzinger visited the Town of North Beach on July 15, 2015. They met with members of the local ground team, including the two co-chairs of the Planning Commision Patricia Haddon, AICP (incoming president of APA's Maryland Chapter), and Michael Hartman, AIA. They toured the town, including communities to the north and south of North Beach. They met with the mayor, city staff, residents, and local developers to gain a better understanding of the current situation and to assess the needs of the project.

The Calvert County Times: "Polishing the Jewel of the Chesapeake" 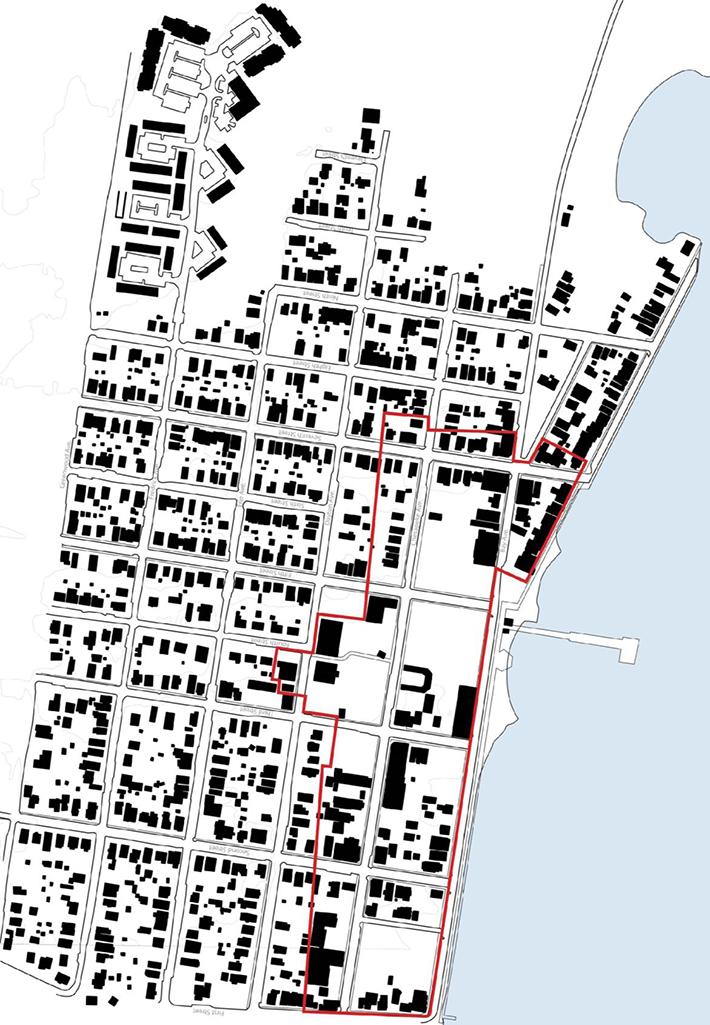 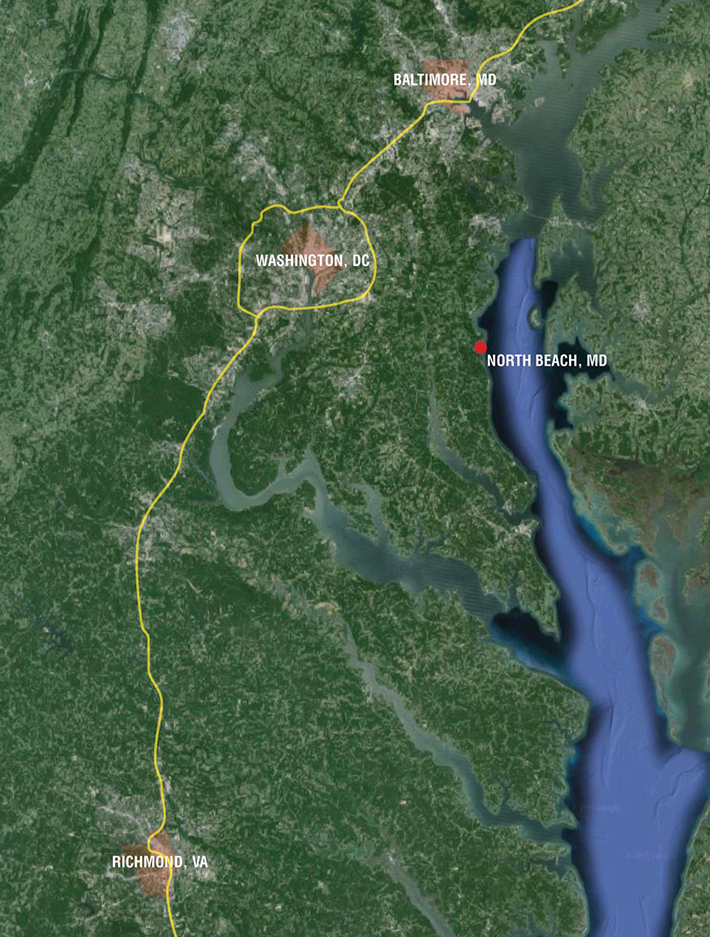 Robert Paternoster has managed public planning and community development agencies throughout his 45-year professional career. He was planning director for the City of Pittsburgh, director of planning and building for the City of Long Beach, California, and director of community development for the City of Sunnyvale, California. He is an adjunct professor in city planning at California State Polytechnic University, Pomona. Paternoster earned his bachelor's degree in civil engineering from Lehigh University and his master's in city planning from Harvard University. He is a former president of APA's California Chapter and a former member of the APA board. He was among the first 70 planners to be named a Fellow of the American Institute of Certified Planners.

Philip Franks is vice president and CFO of Hurley Franks Associates in Philadelphia. Before that he was a principal for Kise, Franks, and Straw for 25 years. Franks specializes in architecture, urban design, and public infrastructure projects. His career spans over 40 years with more recent projects such as public outreach with the Lower Manhattan Development Corporation for the World Trade Center site, an Access Study for Rehoboth Beach, Delaware Art Museum mediation, and the US 15 Smart Transportation Corridor Improvement Plan in Union County, Pennsylvania. Franks holds a Master of City Planning and Architecture degree from the University of Pennsylvania.

Wendy Moeller is a principal and owner of Compass Point Planning, a planning and development firm based in Cincinnati, Ohio. She has worked in the planning field since graduating from the University of Cincinnati with a Bachelor of Urban Planning in 1996. Moeller has received a certificate of completion in form-based codes from the Form Based Codes Institute (FBCI). She has served as a project manager and planner for numerous planning, regulatory, and development projects throughout her career. Moeller is a regular speaker at local, state, regional, and national conferences and is active in the state and local section of APA's Ohio Chapter, where she currently serves as a member of the board of trustees. Moeller also serves on the board of the Signage Foundation.

Sidney Wong is a senior consultant with the World Bank and a senior advisor with Econsult Solution, Inc. He is a specialist in fiscal impact analysis, program evaluation and policy analysis. Wong has over 20 years of experience in planning practices, teaching and research. His doctoral dissertation on enterprise zone programs in California and the Mid-Atlantic region was named best planning dissertation by the Association of Collegiate Schools of Planning. He's taught graduate courses in planning at the University of Pennsylvania and Morgan State University. Before his doctoral study, Wong served as a town planner in Hong Kong covering zoning, urban redevelopment, and infrastructural planning; as well as a consultant with the World Bank's Asian Technical Division. He served on the APA Maryland Chapter's executive committee between 2009 and 2013.