Please join APA in congratulating this year's Great Places in America People’s Choice designee and the four other finalists! And thanks to everyone who cast one (or more) of 51,600 votes — an all-time high!

The trail originated in and was the catalyst for the revitalization of the town of Travelers Rest. Thanks to the trail's popularity, once-vacant old textile industry buildings all along the trail are renovated, repurposed, and brought back to life with new business and services with pleasing monikers like "The Swamp Rabbit Café and Grocery" and "Hampton Station."

Running through the downtown pulse of cities such as Greenville and Travelers Rest, the GHS Swamp Rabbit Trail is currently a 19.9-mile pedestrian thoroughfare with public restrooms in restaurants and stores and parking lots at churches.

Embedded in the neighborly fabric of this Upstate South Carolina community, the GHS Swamp Rabbit Trail generates $6.7 million in tourism economic impact annually since it hopped onto the landscape in 2009. Many of those tourists have become residents, and the GHS Swamp Rabbit Trail is frequently the "ace up our sleeve" when the Economic Development Office is recruiting new business and talent. Growth has happened every year as people seek a healthy lifestyle and a "Greenway of Life."

Future expansion visions include flying the trail through the second story of a mixed-used building and "invisible" bridges over roadways.

This year's competition was fierce. More than 10,000 votes were cast over 10 days for our five finalists. Thanks to a impressive show of support from residents and community leaders, we're proud to name Nassau Street in Princeton, New Jersey, as our 2016 People's Choice Designee.

Thank you to all of our finalists for their commitment to community planning!

Nassau Street is Princeton's place to be! Princeton University shares Nassau Street as the point where town and gown meet and mingle at the many restaurants, shops and public spaces. Nassau Street seamlessly blends old with new architecture and provides shopping from mom and pop stores to internationally known retailers. The heart of Princeton is Nassau Street and is where you can go to shop, dine, or just people watch. 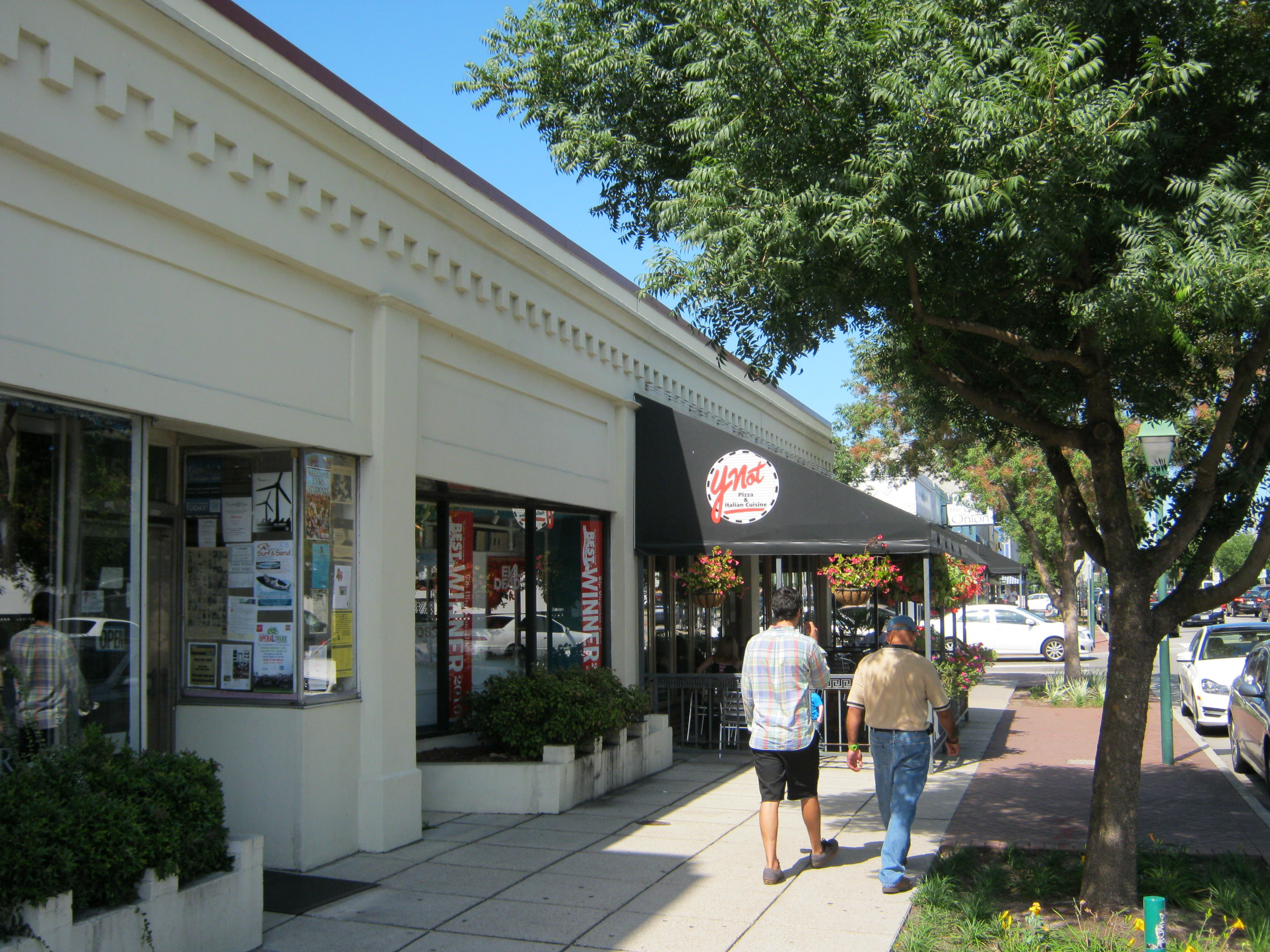 Colley Avenue in Norfolk, Virginia, has earned the "People's Choice" designation as one of the Great Places in America in 2015.

Stretching for 18 blocks through the core of Norfolk, Virginia's historic Ghent neighborhood, Colley Avenue forms the spine of a classic 19th century grid-pattern street network. The avenue connects residential blocks lined with a mix of stately historic homes, apartments, and townhouses that blend with restaurants, retail, office, and institutional uses.

The avenue's streetscape showcases a blend of architecture ranging from the styles of the 1890s to the modern. The Art Deco facade of the NARO Theater coexists with the modern brick and glass of the Eastern Virginia Medical School Jones Institute.

Dotted throughout its length with generously landscaped stoops, balconies, and outdoor dining, Colley Avenue presents a welcoming pedestrian experience for everyone. The wide sidewalks of its commercial core host activity day and night as outdoor diners mingle with theater patrons and buskers who serenade them all.

See what happened at the designation ceremony:

See how the Norfolk Planning Department works with residents, businesses, and leadership:

Downtown Appleton is a thriving arts and entertainment district that retains its community and small town vibe.

With over 100 restaurants and retail establishments, the neighborhood employs more than 7,000 people. The city is committed to protecting the existing retail businesses along College Avenue. They have enacted a strategy that includes three ingredients: concentrating retail uses; encouraging a pattern of development with small storefronts and frequently-spaced openings; and maintaining the historic architecture of the buildings. Downtown Appleton serves as a public transportation hub and offers access to the riverfront. Some popular local events include the year-round Farm Market, Small Business Saturday, Downtown Appleton Christmas Parade, Children's Parade, License to Cruise, and Octoberfest and summer concerts.