Join us to discuss the Economic Impact of Parks nationally, and to hear how Arlington County's Park Commission is using a recent economic impact study to help make the case for Parks and Recreation in our area.

Kevin A. Roth joined NRPA in 2015 as vice president of research. He leads the research team in its mission to create valuable data and insights for NRPA members and to support NRPA's strategic goals and tactics. Recent publications from NRPA Research include The Economic Impact of Local Parks and Americans' Broad-Based Support for Local Recreation and Park Services. Roth has served in research functions in the nonprofit association space for two decades, including leading research at the Association for Financial Professionals for 13 years and running survey research activities at the National Association of Realtors for four years. He has a PhD in Economics from George Washington University and a BA in Economics from St. Mary's College of Maryland.

Elizabeth Gearin, AICP, is a member of the Arlington County Planning Commission and previously served on the county's Park and Recreation Commission. She has lived with her family in Arlington since 2002. Gearin holds a PhD in City and Regional Planning from the University of Southern California and has been a member of the American Institute of Certified Planners (AICP) since 1998. She teaches planning at Virginia Commonwealth University. While living in California she served as Housing Coordinator for the City of Livermore and as a Community Development Planner for the Contra Costa County Redevelopment Agency.

William Ross is vice chair of the Arlington County Park and Recreation Commission and has lived with his family in Arlington since 1986. He has a PhD in Economics and works in Arlington for Fu Associates, Ltd. a health care consulting firm. He previously worked at the U.S. Departments of State and Labor. Ross has also served on the county's Tenant Landlord Commission, was active in the outdoor learning programs for various Arlington schools, and coached youth basketball, soccer, and baseball. 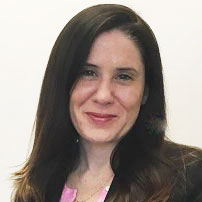 Jennifer Fioretti is deputy director for the Arlington County Department of Parks and Recreation. Fioretti has over 17 years of urban planning, project management and public policy experience in the public and nonprofit sectors. Since joining the county, she has served in varying planning roles, most recently as regional transportation planning manager. Previously she worked in Honduras, El Salvador, and Costa Rica on land use planning projects. She has an MPA with a focus on state and local government and a BA in international development. Fioretti and her family are active users of the Arlington County park system.