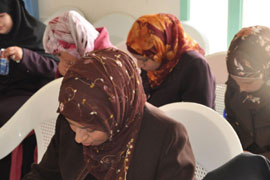 Petra is a 6th century archaeological site and was named a UNESCO World Heritage site in 1968, and more recently named one of the "New Seven Wonders of the World." While its tourism draw is the second largest component of the Jordanian economy, the Petra region is now facing multiple challenges, including unplanned tourism growth, environmental degradation, population growth, and limited water availability, putting the region's world heritage site status was in jeopardy.

The Jordanian government established the Petra Development and Tourism Regional Authority (PDTRA) that has authority over a 197,685 acre region, including the Petra Archaeological Park. A multidisciplinary team was assembled to create the Strategic Master Plan for the Petra Region.