The Student Representatives Council (SRC) is one of the three APA components. The SRC is composed of Planning Student Organizations (PSO) representatives and its executive committee.

The vision of the SRC is to improve the world by elevating diverse students and emerging planners.

The executive committee members serve for two years in their respected seats. After the term is expired, the committee invites all APA students to submit nominations for the leadership positions through the APA elections process.

Not quite sure what region your in? View the APA Electoral Regions map.

Kohl Malo is a transportation-land use planner working in Arlington, Virginia. As the SRC chair, he leads the council to improve opportunities for a diverse group of students and emerging planners. The SRC highlights student excellence and creates student creativity and long-term success platforms. Kohl looks forward to pushing the SRC forward by creating new, effective partnerships within APA. Kohl earned his graduate degree in urban and regional planning from Florida State University. He is a proud "Null," having received his undergraduate degree in political science and urban studies from New College of Florida.

Mateo Alexander is a senior Applied Arts and Sciences major at the Rochester Institute of Technology, with minors in public policy and science, technology, and society. Mateo has a strong interest in urban planning and development particularly in regard to underrepresented minority communities and technology. Mateo plans to pursue a Ph.D. in Urban Planning in the future. Term of office: January 2023–December 2025. 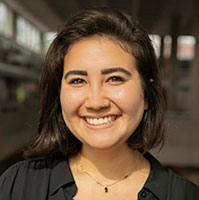 Bianca Mers is the Community Investment Analyst at REACH Riverside, a community development corporation working in Wilmington, Delaware. Bianca graduated from the Georgia Institute of Technology with her Masters of City and Regional Planning in May 2022. Outside of school, Bianca enjoys cooking, gardening, and taking long walks. She is a native of Marietta, Georgia but is proud to call Philadelphia home. Term of office: January 2022–December 2023. 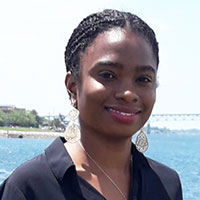 Felicia Hutchinson currently works as a Planner while completing her graduate degree in Urban and Regional Planning at Florida Atlantic University. She is interested in art, Black life in Victorian England, and urban development in Africa and the Caribbean. For her thesis, she is studying suicide prevention in urban planning and architecture, and hopes to pursue doctoral studies in the future. Term of office: January 2022–December 2024.

Enzo is a recent graduate with a degree in Urban Planning and Development from Ball State University in Indiana. He currently works as a planner at Rundell Ernstberger Associates in Indianapolis. He has served students as a PR/Marketing Director for both the Ball State Student Planning Association and the Residence Hall Association, a student housing organization. As a map-making enthusiast and bike lover, he enjoys exploring different urban and natural environments. His interest in planning fittingly lies in the connection between land use, transportation, and health. As the Region IV Student Representative and Co-Chair of the Communications Committee, Enzo is highly motivated to improve upon resources for and build new connections with university planning departments and student organizations across the continent. Term of office January 2023–December 2023.

Johnathan Gates is a Master of Urban and Environmental Planning student at Arizona State University. He serves as the President of the Arizona State Student Planning Association (SPA). Currently, he works at Valley Metro Regional Public Transportation Authority in the Capital, Service, and Development Division as a Capital Planning Intern. Johnathan's planning interests include transportation, urban policy, infrastructure, and development. Serving as a SRC representative, Johnathan hopes to connect with PSO's across region five to support as well as strengthen student organizations through outreach, goal setting, and group initiatives. Term of office: January 2023–December 2025.

Kevin is a recent graduate from the University of British Columbia in Vancouver, where he received his Master of Community and Regional Planning degree with a concentration in transportation planning. He was born and raised in New York City and currently lives in San Francisco, where he works on Uber's transit team and focuses on transit agency partnerships. His interests include public transit, new mobility, and sustainability. As the SRC Region VI representative, he is eager to advocate for planning students and support student-led initiatives across the states and provinces that make up the electoral region. Term of office January 2023–December 2023.

Veronica Escalera-Ibarra is a San Antonio, Texas native and received her planning degree from the University of Texas at San Antonio. Veronica is currently employed with VIA Metropolitan Transit. She hopes her future planning pursuits expand an understanding of real estate development and land use law to create sustainable and equitable planning projects. Term of office: January 2022–December 2023.