Sasaki Associates, Inc., has a history of regenerating communities with its unique collaboration of engineers, architects and planners. Founded in 1953 by Hideo Sasaki, his approach of uniting planning and design disciplines was pioneering at the time and has created a legacy of significant projects, including the revival of Sea Pines Plantation in 1953, construction of the Charlestown waterfront in the 1990s and the 2008 Beijing Summer Olympics.

The firm's planning process is based on the value of strong ideas, critical inquiry and exploration, and broad public engagement. Sasaki Associates, Inc., has received more than 500 awards from various design and urban planning foundations, including the 2011 APA National Planning Excellence Award for Best Practices in Hazard Mitigation and Disaster Planning for Cedar Rapids' River Corridor Redevelopment Plan, and a 2011 ULI Award of Excellence for the Euclid Avenue HealthLine BRT Project in Cleveland. 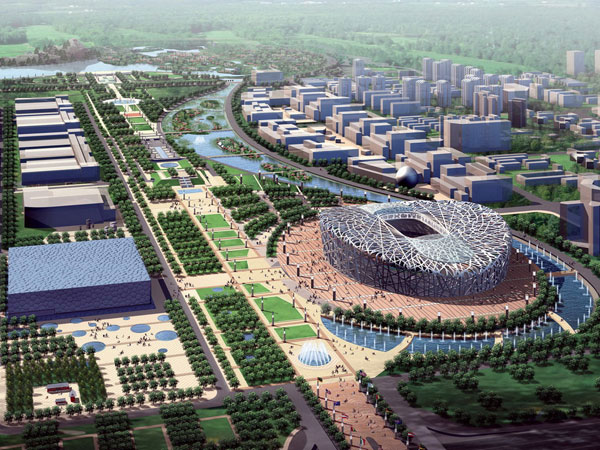 An overview of Sasaki's plan for the 2008 Summer Beijing Olympics, which included the construction of 31 athletic sites.