Award-winning and emulated, downtown Franklin, Tennessee, balances its rich historic character with a revitalized and prosperous mixed-use commercial district. Rapid change and development prompted by Interstate 65 construction in the 1960s threatened to destroy the neighborhood and town's heritage. Citizens responded by forming the Heritage Foundation of Franklin and Williamson County. The entire 16-block neighborhood was eventually placed on the National Register of Historic Places, and creation of the Downtown Franklin Association helped revitalize the neighborhood's commercial area.

Franklin was founded in 1799 and named after American inventor and statesman Benjamin Franklin. The 16-block downtown neighborhood is in the oldest area of Franklin, which was laid out by Abram Maury using a grid street pattern. In the center of downtown is a public square from which radiate the city's two major thoroughfares: East and West Main Streets and 3rd Avenues North and South.

Mayor Jerry Sharber initiated the city's first long-range planning effort in the 1980s. It led to other planning-inspired measures for the neighborhood, including a central area plan and protective zoning ordinance. 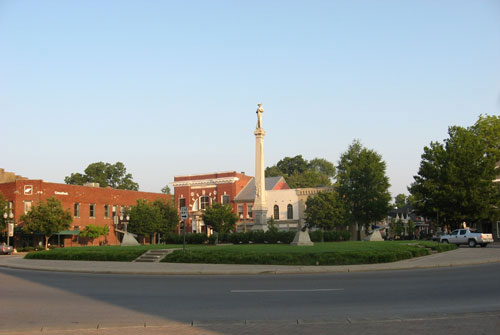 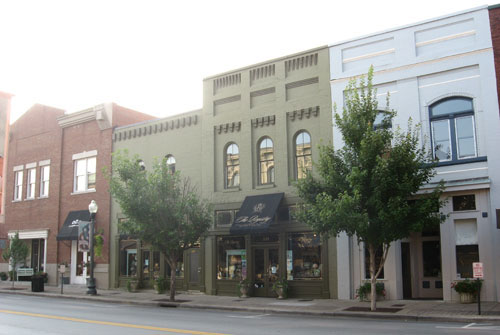