Originally a Creole suburb, Faubourg Marigny is a 200-year-old community. Streets follow a sharp curve in the Mississippi, providing grand views as one walks, bikes, or drives. Respite for pedestrians can be found in several wide, landscaped avenues and two alleys of oak trees that surround the perimeter of Washington Square, the district's heart and soul. By day, this densely populated neighborhood of brightly painted cottages and shotgun houses beckons residents to its walkable streets, coffeehouses, and boutiques. By night, it is an entertainment destination with a distinctly bohemian vibe.

The 95-block Faubourg Marigny national historic district is nestled between New Orleans's Vieux Carre and Bywater neighborhoods and roughly bounded by Press Street to the east, Esplanade Avenue to the west, St. Claude Avenue to the north, and the Mississippi River to the south.

The faubourg is the site of numerous events and festivals throughout the year. The popular spring home tour is in its 38th year while the 24th annual Candlelight Christmas Caroling in Washington Square takes place this fall. With a history of community activism, Faubourg Marigny's character has been preserved due in large part to residents' willingness to embrace land-use regulations and guidelines designed to maintain and improve the neighborhood's quality of life. 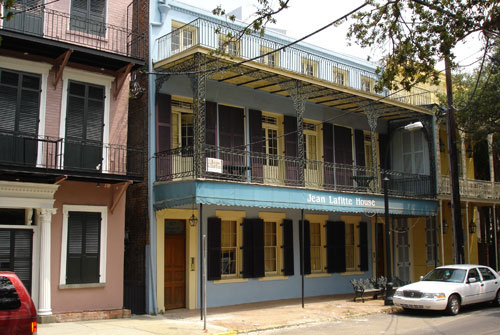 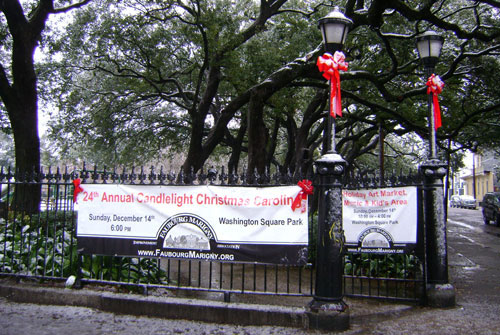 History of Diversity and Affordability 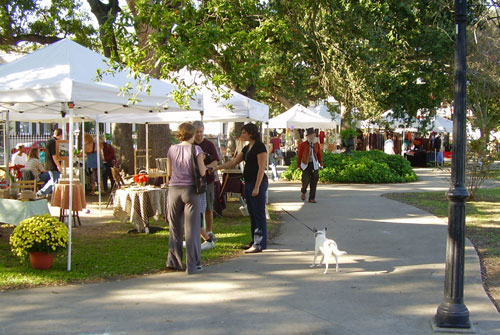