The first of some 100 federally financed housing projects during World War I, Historic Hilton Village today remains much as it did when it was first planned and built in 1918–19. On the east bank of the James River about three miles north of the Newport News Shipbuilding and Dry Dock Co., the village is patterned after principles and designs of the late-19th century Garden City movement begun in the United Kingdom by Sir Ebenezer Howard. The city established a historic overlay district for the village in 1969, the same year the neighborhood was placed on the National Register of Historic Places.

The village is compact with amenities and commercial areas within easy walking or bicycling distance of the homes, which are mostly in the Jacobethan, Dutch Colonial, and Georgian Colonial architectural styles. A streetcar originally transported workers between the neighborhood and the shipyards.

In 1969, the neighborhood was placed on the National Register of Historic Places. In 1972, Newport News established an architectural review board to ensure the village's character remained intact. 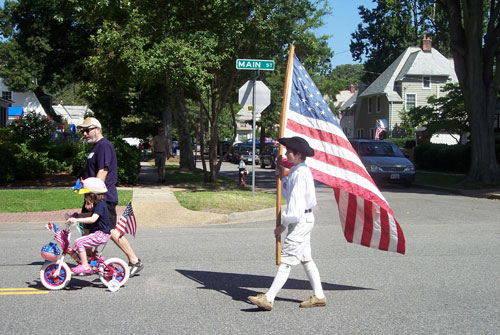 Historic Hilton Village residents are involved in their community – from defeating a proposal to widen a neighborhood thoroughfare to participating in this Fourth of July parade. Photo courtesy John Davis. 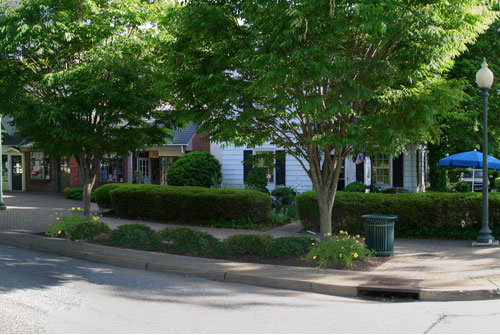 Warwick Boulevard has benefited from streetscape improvements including curb extensions, decorative pavers, benches, and bike racks that add to the character and walkability of the street. Photo courtesy Jeff Stodghill.