Replete with swans — real and handcrafted — Swan Lake is an idyllic neighborhood a mile and a half from downtown Tulsa. The neighborhood has made frequent use of the bird as a decorative motif ever since architect Joseph Koberling incorporated a swan into the facade of his French Eclectic-style stone house in 1944. Plaques, planters, and statuary featuring the graceful bird attest to the continuing sense of identity and cohesiveness of this historic neighborhood.

The neighborhood encompasses 127 acres that are bounded by 15th and 21st Streets to the north and south and Peoria and Utica Avenues to the east and west. 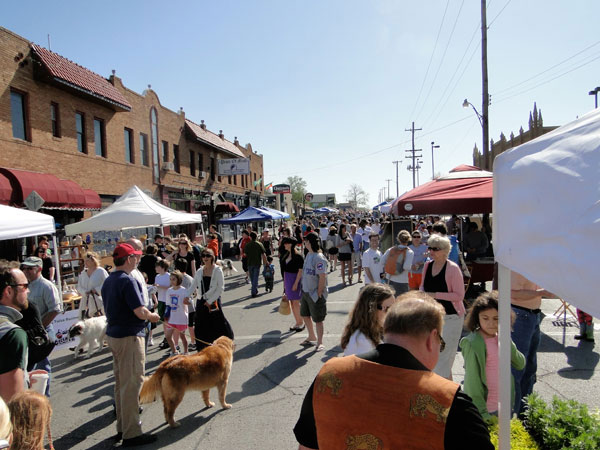 Originally a streetcar suburb designed for the middle class, the neighborhood's lakefront views attracted more affluent Tulsans. From the first house built on the lake in 1919, a stunning Italian Renaissance structure, to The Natatorium, a 1926 Monterrey-Spanish Eclectic home built on the former site of an amusement park swimming pool, Swan Lake features a mix of some two dozen architectural styles.

What dominates this attractive and popular neighborhood are the well-maintained sturdy bungalows built along tree-lined streets between 1920 and 1930. Apartment buildings, which meshed with the development's middle-class appeal, appeared on outlying streets as early as 1918. One innovative apartment complex built in 1929 featured a courtyard at its center to provide outdoor recreation space for its tenants. Duplexes and garage apartments — many from Swan Lake's earliest days — continue to attract singles, young couples, and empty-nesters.

Once a spring-fed watering hole, Swan Lake eventually became a community gathering place and the site of a 1910 amusement park. Today the lake and surrounding park, a popular bird watching spot, are the focus of neighborhood attention as residents raise funds to restore a 1920s stone fountain.

Finding solutions to commercial encroachment is another focus of residents. The neighborhood is within easy walking distance of the very popular Cherry Street retail and restaurant corridor, several medical facilities, and other businesses. The Swan Lake Neighborhood Association, which initiated a successful effort to add a historic preservation zoning overlay, supports efforts to keep commercial development on the perimeter of the neighborhood from expanding into the residential district. 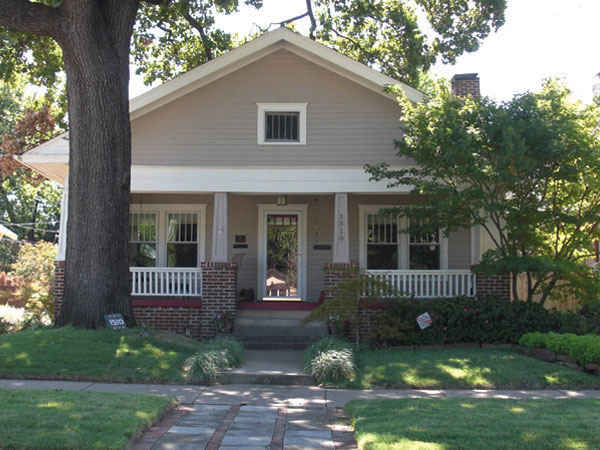 Well-maintained sturdy bungalows built between 1920 and 1930 are predominant in Swan Lake, which features a mix of some two dozen architectural styles. Photo Monty McElroy. 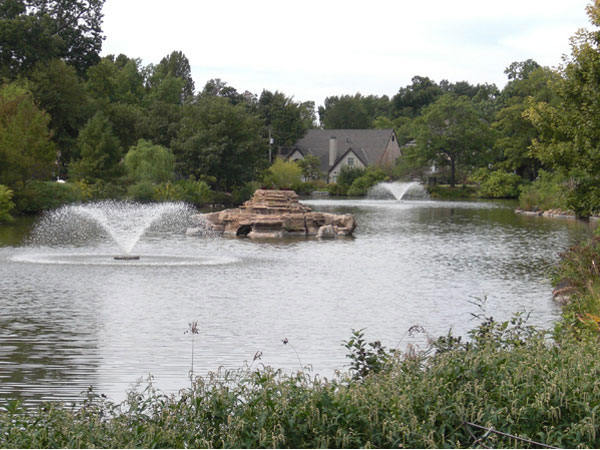 The lake and surrounding park are popular for bird-watching and community gatherings. A pair of trumpeter swans lives in the lake. The stone fountain dates to the 1920s, and residents are currently raising funds to restore it. Photo Monty McElroy.