Spend some time on Seattle's Beacon Hill and you'll find a dynamic and engaged community where your neighbors are just as likely to be Chinese, Japanese, or Vietnamese as they are to be black, white, or Hispanic. This diversity is exemplified by North Beacon Hill, a neighborhood-scaled commercial node with stores providing goods for many cultures and restaurants serving Asian, Hispanic, and other ethnic foods and where nearly three-fourths of residents are people of color, almost half are foreign born, and 60 percent speak a language other than English at home, according to 2000 census data. Modest housing, nearby jobs, a streetcar to downtown Seattle, and restrictive covenants in other parts of the city all helped to draw immigrants and people of color, especially Asian-Americans, to Beacon Hill in the 1950s. 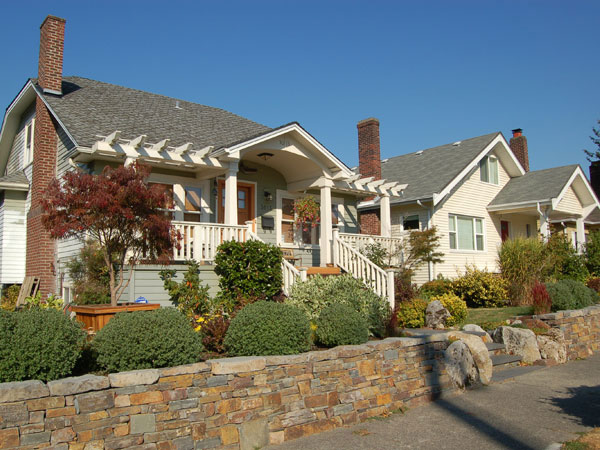 Craftsman bungalow is one of the predominant housing styles in Beacon Hill. Photo courtesy City of Seattle.

Located on a ridge 350 feet above sea level between the Duwamish Manufacturing and Industrial Center to the west and Rainier Valley to the east, the area comprises four neighborhoods: North Beacon Hill, Mid Beacon Hill, South Beacon Hill and New Holly. The north-south ridge provides residents with commanding views and scenic vistas not only of Seattle's downtown skyline and Mount Rainer, but — on clear days — Puget Sound and the Olympic Mountains to the west and the Cascade Mountains to the east. 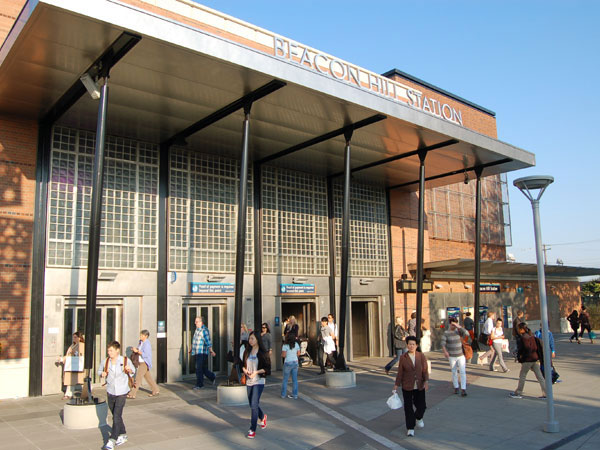 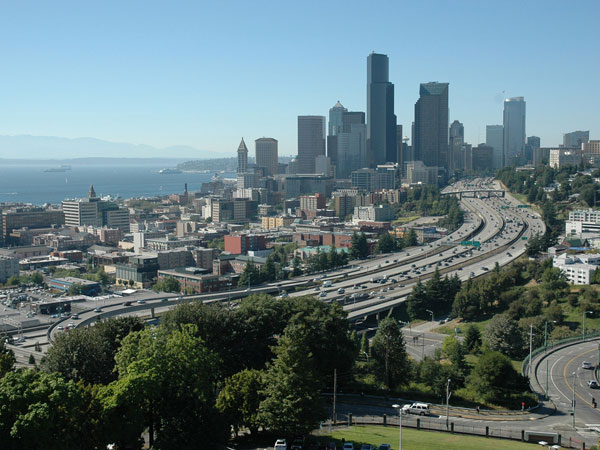 Beacon Hill's topography affords it commanding views of Seattle's downtown skyline as well as of Mount Rainer, Puget Sound, and the Olympic and Cascade mountain ranges. Flickr photo by Wonderlane (CC by 2.0)