Fall River's unique and distinctive Lower Highlands/Historic Downtown neighborhood has seen good times and bad, rising during the early 20th century as the city became the country's top-ranked textile producer and then falling when the cotton mills began to close and the city declared bankruptcy in 1931. These trials and several others, including three devastating fires and construction of a freeway through the heart of downtown, have altered but not defeated the neighborhood. With its sweeping topography, historic architecture, and stunning vistas of Mount Hope Bay, the Lower Highlands/Historic Downtown neighborhood still retains its unique character and indelible sense of place.

The neighborhood is bordered by Taunton River on the West; Bicentennial Park & President Avenue (adjacent to North Park, an Olmsted–designed park) on the North; Highland Avenue, High Street, and Troy Street on the East; and Pleasant Street, Sullivan Drive, Pocasset Street, the lower part of Anawan Street, and alongside The State Pier back to the Taunton River on the South. 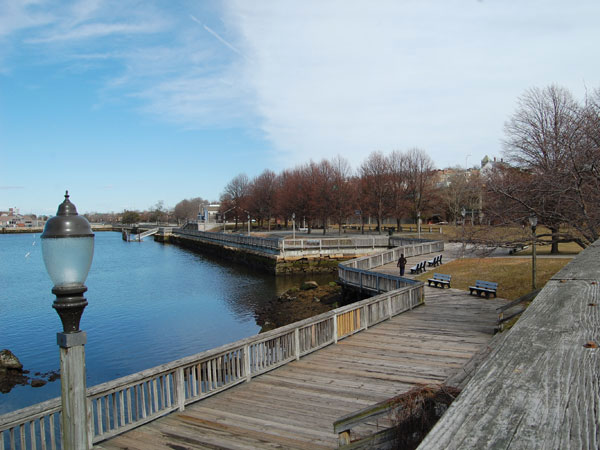 The booming textile trade that swept the nation during the 19th century led to Fall River becoming the industry leader and the nation's top-ranked milling city by 1911. It was during this period that the neighborhood's spectacular collection of historic architecture was built — including nearly every building type in style since 1750. Today, there are more than 100 properties in the neighborhood listed on the National Register of Historic Places.

In addition to its topography and historic architecture, the neighborhood has welcomed social and economic diversity. At least four houses in the neighborhood were Underground Railroad "stations" that the Preservation Society of Fall River highlights during public guided tours. The area's "all-are-welcome" tradition has attracted many different ethnic groups, so many that it's not uncommon to hear a dozen or more different languages.

During the past decade, nearly $150 million has been spent redeveloping the neighborhood's Historic Downtown and Waterfront, additional proof of the neighborhood's resilience. Investments have included a new waterfront boardwalk, tree-lined streets as part of a city-wide tree planting program, and a renewed appreciation of the Quequechan River from which Fall River received its name — the Indian word "quequechan" means "falling waters."

Future development includes $1.4 billion for two commuter rail stations, both within the neighborhood at Battleship Cove and at Davol and Pearce Streets. This South Coast Railway will connect Fall River with the Massachusetts Bay Transportation Authority (MBTA) railroad system. Meanwhile, the Massachusetts Department of Transportation is coordinating work scheduled to begin in early 2013, lowering the Route 79/I-195 interchange that now cuts through the waterfront and downtown and turning it into a ground-level boulevard as recommended in Fall River's 2009-2030 Master Plan. This will allow for eventual implementation of the plan to daylight the Quequechan River and its falls within the south boundary of the neighborhood. 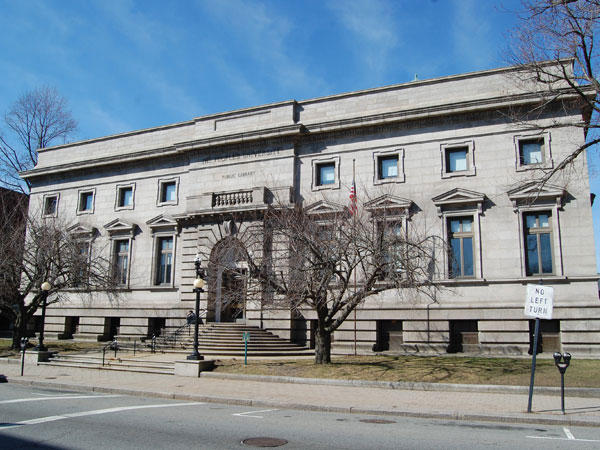 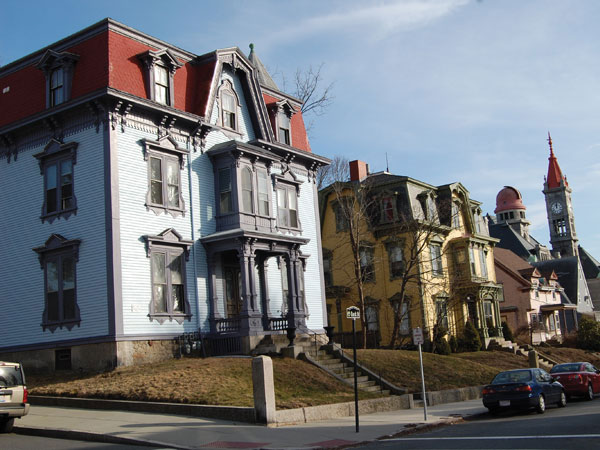