Combine an edgy urban vibe with a small-town pace and sensibility and the result is Evanston's Central Street neighborhood. A traditional neighborhood in many respects, Central Street also is a regional destination with an eclectic mix of homegrown businesses and eateries.

The neighborhood is bounded by the Village of Wilmette to the north, Colfax Street to the south, Lake Michigan to the east, and Gross Point Road and Crawford Avenue to the west. 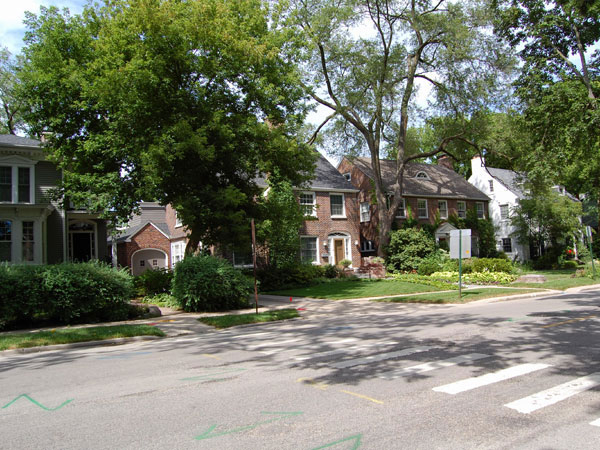 Located 18 miles north of Chicago, Central Street is home to Evanston Hospital, with 3,500 employees, and Northwestern University's athletic facilities. On fall weekends, the street turns purple as thousands of Wildcat fans flock to football games at Ryan Field. Despite its proximity to the university, Central Street is distinctive and unique. It is not just another campus town area.

Central Street is a waterfront community with numerous historic and recreational resources. Grosse Point Lighthouse, built in 1873 following several shipwrecks on Lake Michigan, rises into view toward the eastern end of Central Street. This National Historic Landmark — one of more than 100 local or national landmarks in the neighborhood — is undergoing a $350,000 renovation. The adjacent Lighthouse Beach is a popular summer destination for residents and visitors. Winter activities include outdoor skating at Ackerman Park and sledding at Lovelace Park. Perkins Woods, Cook County's smallest forest preserve, is a bird watching hotspot. And, Lawson Park features Noah's Playground for Everyone, a $400,000 accessible play space that opened in 2008.

Bicyclists and pedestrians — both visitors and those from the neighborhood's many single- and multi-family residences — find Central Street welcoming. A network of sidewalks, now being widened and improved based on recommendations in the 2007 Central Street Master Plan, is shaded by mature trees and lined with picturesque store fronts. The plan has resulted in the addition of traffic calming features — such as bump-outs at intersections, dedicated bike lanes, and bike parking.

Several earlier multi-story, mixed-use structures, built to the lot line and larger in scale than surrounding commercial buildings, raised concern among residents about the potential for overdevelopment and loss of the neighborhood's "European Village" charm. In 2005, the city responded by amending its zoning ordinance, reducing building heights and residential densities for mixed-use structures in certain districts. Instrumental to the success of neighborhood planning is the Central Street Neighbors Association, a resident advocacy group. The Central Street Business Association not only supports planning efforts but programs community and retail events. 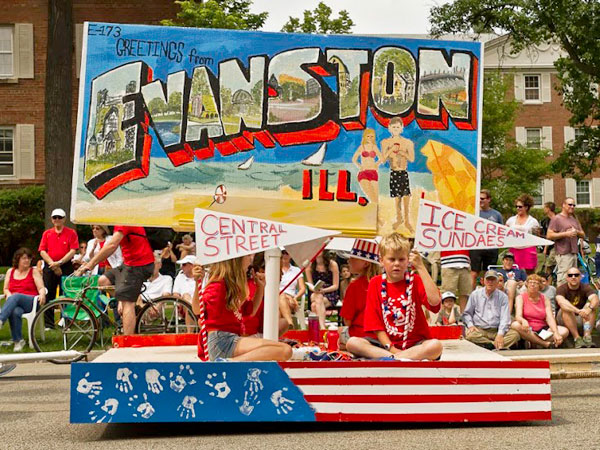 A Fourth of July parade featuring unique floats draws many visitors and residents to the Central Street neighborhood. Photo courtesy City of Evanston. 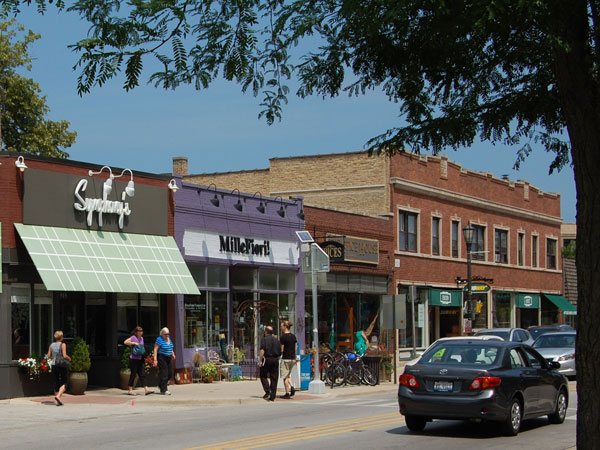 Central Street's business district draws residents, Northwestern University students, and visitors from not only the neighborhood, but all of Evanston. Photo courtesy City of Evanston.