Visitors to Miami typically flock to the beach — but the dynamic and flourishing Wynwood neighborhood is sure to be a destination for years to come. Wynwood is a bustling neighborhood, home to a lively art scene and eclectic murals that have completely revived the warehouse district and brought an incredible amount of activity back into the neighborhood.

Wynwood is located due north of downtown Miami, and is bounded by I-195 (North), 20th Street (South), I-95 (East), and the Florida East Coast Railway (West). 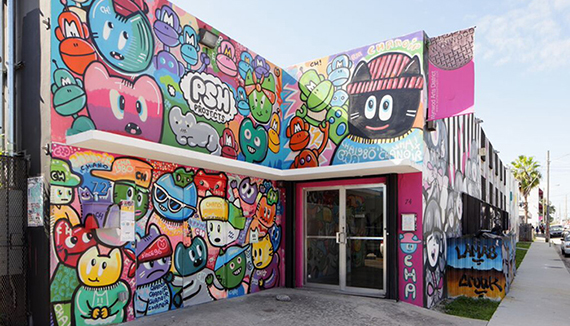 An example of the cool urban artwork that has come to define Wynwood. Photo City of Miami.

In the late 1990s and early 2000s, Wynwood saw redevelopment. Rehabilitated factories and other industrial buildings have been turned into studios, galleries, bars, restaurants, and creative office spaces that have been saturated with the flair of local artists and performers. There are over 70 galleries, museums, and collections in the area, in addition to the recently developed Wynwood Walls which attracts pedestrian traffic and allows visitors to experience the neighborhood on foot. Working within the genres of graffiti and street art, over 50 artists have contributed to the Wynwood Walls project.

The rapid regeneration of the Wynwood neighborhood has been made possible through a combination of private vision and city partnership. The plans for Wynwood focused on ensuring that community members and business had a stake in the success of the neighborhood to secure a long-lasting future for the neighborhood as an integral part of the Greater Miami area. As Wynwood has become a center for art, fashion, and creative enterprise, Miami actively is working to build a guiding plan for growth while maintaining the character of this unique neighborhood. 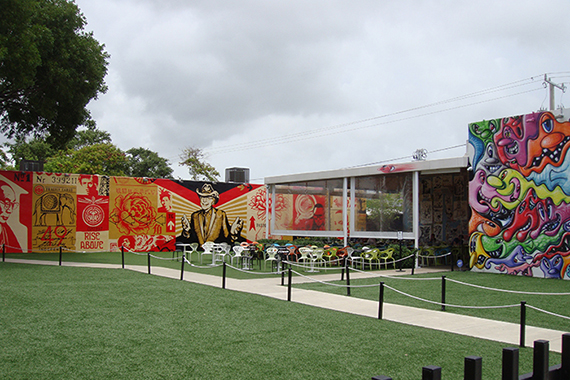 This outdoor open space exemplifies the kind of funky and creative art that saturates Wynwood. Photo City of Miami.

Wynwood is a neighborhood on a meteoric rise. Through public participation and good planning, Wynwood has rapidly transformed from an area of neglect to a bustling, mixed-use, art and innovation mecca. 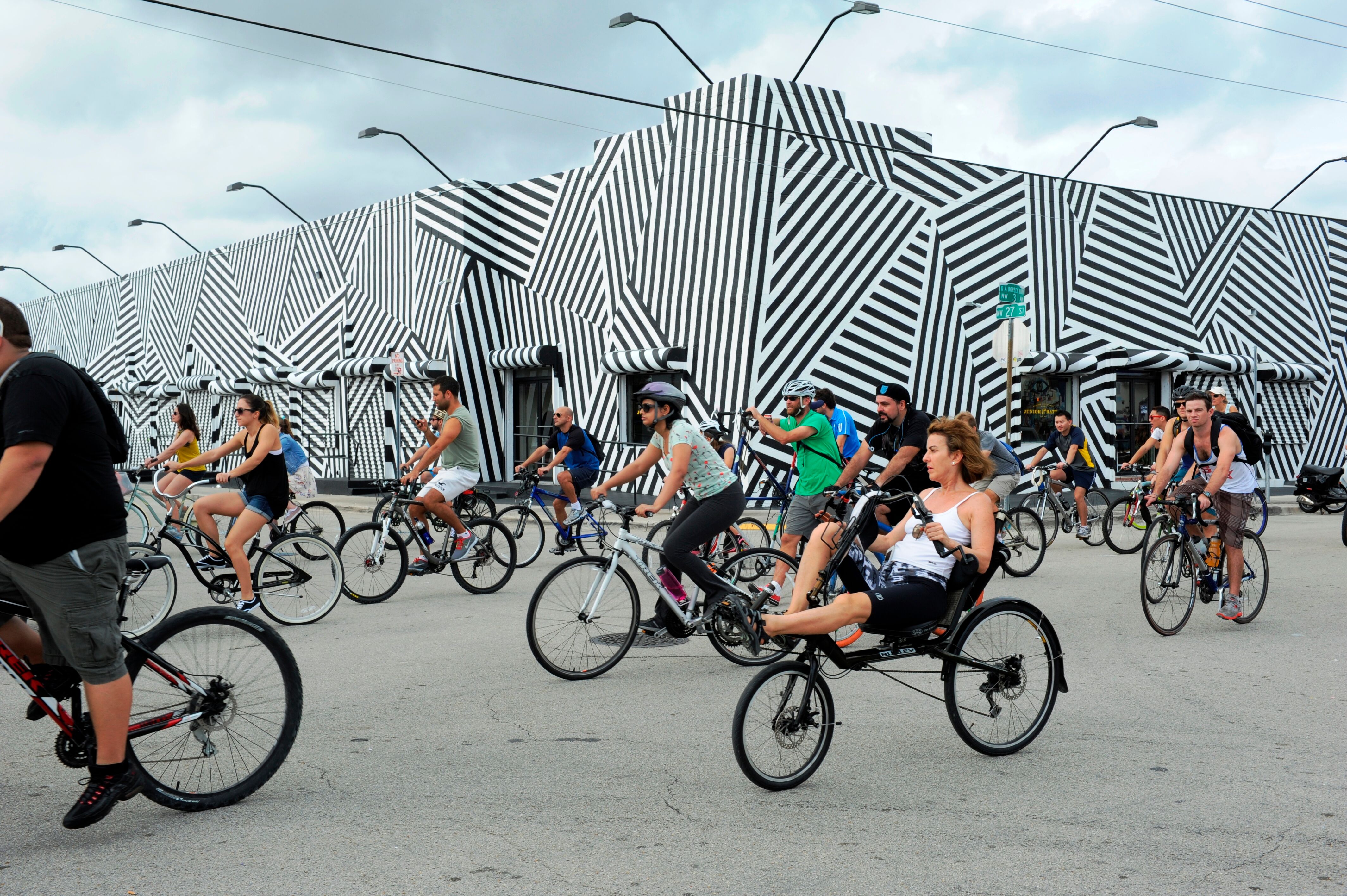 Miami's climate and flat topography make Wynwood a biker-friendly area. New bike-sharing systems are now in place, and the city has plans to reconfigure streets with established bicycle lanes. Photo City of Miami.