Located in the heart of downtown Detroit, former Mayor Dennis Archer's goal for revitalizing Campus Martius was nothing short of making the park "the world's best public space." Reopened in November 2004, the striking, 2.5-acre park was an instant success. 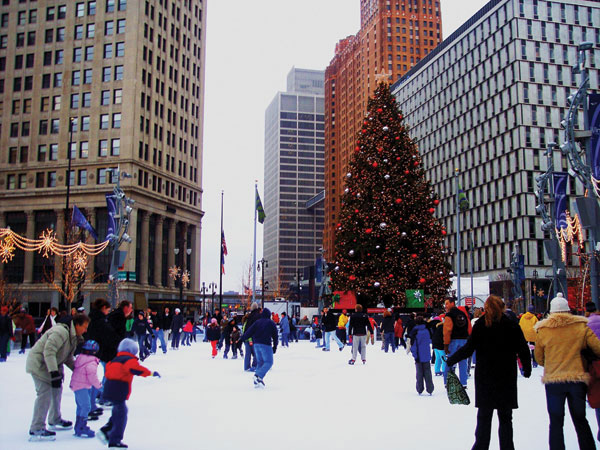 For five months out of the year, the northern parcel of Campus Martius is converted into an ice rink. Seasonal decorations add a festive ambiance to the urban plaza. Photo courtesy of Detroit 300 Conservancy.

Located in the heart of downtown Detroit, former Mayor Dennis Archer's goal for revitalizing Campus Martius was nothing short of making the park "the world's best public space." Reopened in November 2004, the striking, 2.5-acre park was an instant success.

Attracting more than two million visitors a year, the revitalized Campus Martius Park has been the catalyst for $700 million in downtown investment. Adjoining the park to the north is the new world headquarters of Compuware. A $200 million renovation has been completed of the nearby Westin Book Cadillac Hotel, built in 1924. Other new development includes loft apartments, art galleries, and restaurants.

Affording numerous vistas of the city's skyscrapers and axial avenues, and a view of the Detroit River, Campus Martius played a prominent role in the city as a central gathering place in the mid-19th century. By the early 1900s, Campus Martius had become the busiest intersection in the city. Streets around the space were widened and traffic lights installed to manage traffic congestion — and make pedestrian access to the campus nearly impossible.

Suburban flight of the 1950s and 1960s left downtown Detroit practically deserted. Department stores near the campus were closed and demolished. The vacant land prompted Ed Carey, city council president at the time, to call Campus Martius "pigeon plaza" because the only visitors were birds.

The $20 million raised to restore and renew Campus Martius was a community-wide effort involving city officials, private businesses, and the not-for-profit Detroit 300 Conservancy. A plan was developed in 2001, Detroit's 300th anniversary, by local leader Edsel Ford II and others as a legacy gift to the city. The plan's implementation began in May 2003 and was completed 19 months later. The result is a park unique to Detroit that is gaining nationwide attention — last spring Campus Martius received an open space award from the Urban Land Institute — and helping draw people back to Detroit. 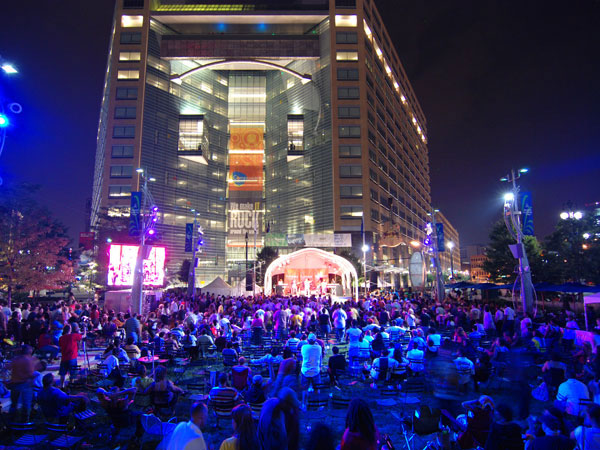 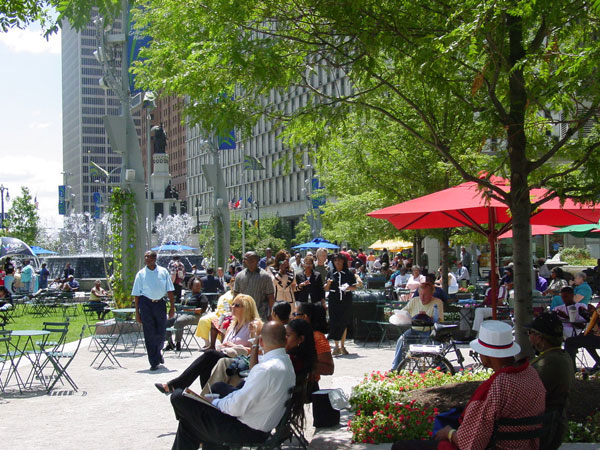