Created to commemorate Tennessee's 200th anniversary, the 19-acre Bicentennial Capitol Mall State Park was planned, designed, and built as a concise reflection of the state's geography, history, people, and musical legacy. Tuck-Hinton Architects in Nashville designed the park, modeling the former landfill site after the National Mall in Washington, D.C. They incorporated classic Greek principles as well as Baroque and Beaux-Arts influences into the park, creating a unique civic space that is able to grow, change, and evolve over time. 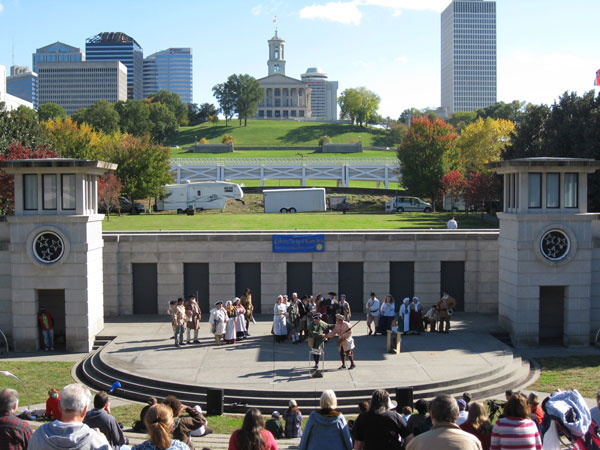 Dramatically framing the Tennessee Capitol, the mall has four paths that reveal thousands of features and details about the state and its people. The two outside paths include a 1,400-foot-long engraved granite wall that defines the Pathway of History along Seventh Avenue, and 95 engraved granite discs that make up the Walkway of Counties along Sixth Avenue. On the inside is the Path of Volunteers, two 1,400-foot-long diagonal sidewalks made from 17,000 brick pavers with engraved names of ancestors, citizens, and descendants.

Other features include the Tennessee Plaza, a 200-foot map representing every county, city, town, railroad, highway, and river in the state; a World War II memorial with huge black granite pillars that surround an 18,000-ton black granite globe that floats and rotates on a shallow bed of water; and a 95-bell carillon with some of the largest bells in the world, located on 50 large Greek-style columns that symbolize Tennessee's musical heritage and 95 counties.

Home to numerous local, state, and national events throughout the year, daily visitors use the expansive lawn for frisbee, picnicking, kite flying, or just enjoying themselves. There is always something to see, do, or learn about at Tennessee's Bicentennial Capitol Mall State Park. 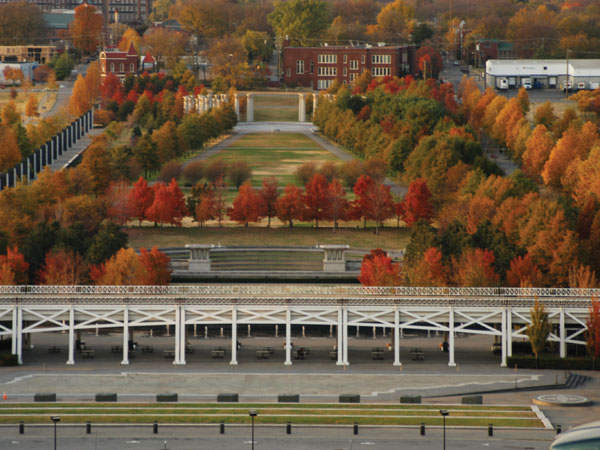 Once a landfill, this linear park is landscaped with monuments and art that reflect Tennessee's history, together with pathways and trees that change with the seasons. The park provides an unobstructed view to the state capitol. Photo courtesy of Tennessee State Parks. 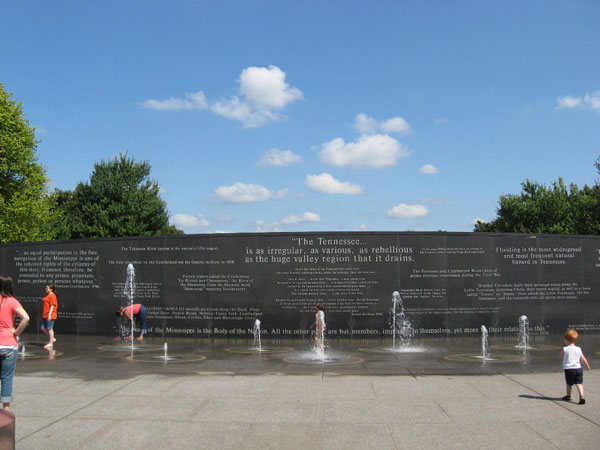 The Rivers of Tennessee fountain, one of the many informative and unique attractions in the park, gives visitors a chance to escape from the hot Tennessee sun.