Hollywood founder Joseph Young's idea in 1920 for a new resort community was simple: plan and build what would be the Atlantic City of south Florida. Drawing on the "City Beautiful Movement" for inspiration, he bought his first parcel of land in 1921. By 1923, he had completed what would become the town's signature promenade, the 30-foot-wide by one-and-a-half-mile-long pink cement walkway named Broadwalk. 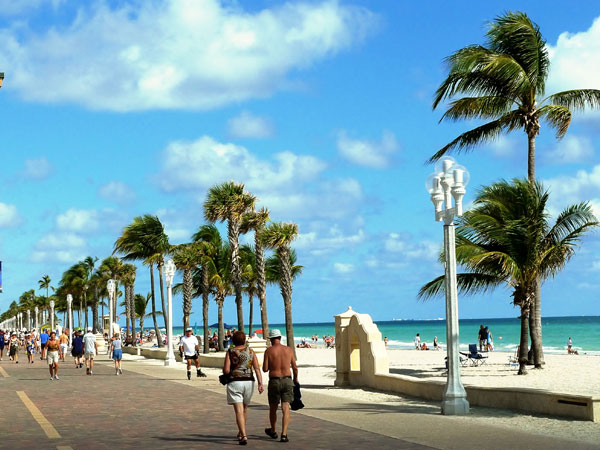 The Broadwalk is a 2.5- mile, 30-foot-wide promenade along the Hollywood, Florida, beach. Photo courtesy Jeff Soule.

Development of Hollywood continued at a rapid pace until September 18, 1926, when the "Great Hurricane" hit the area and left hundreds dead. The resort community would rebuild, but not before Young's "Dream City" went through bankruptcy, and many of the city's initial investors and speculators sold at a loss.

Despite the city's early tragedy, the Broadwalk and adjoining architecture — mostly low- and mid-rise hotels and apartments built during the late 1920s and 1930s in the Streamline/Art Moderne, Mediterranean Revival, and Mid-Century Modern architectural styles — are still there. Together with palm trees and the white sand beach, they give Hollywood the look and feel of old Florida.

To capitalize on the city's historic character and unique walkway, Hollywood established the Community Redevelopment Agency (CRA) in 1997 with the goal of making the city's ocean frontage a dynamic place to invest, work, live, and play. An extensive planning process was undertaken to obtain community input and develop a comprehensive plan for the beach, the Broadwalk, and the 42 adjoining street block ends that terminate at the cement walkway. CRA issued $20 million in revenue bonds in 2004 to implement the plan.

Among the improvements two new features are catching the attention of other coastal municipalities. New woven mats (called "Mobi-mats") that extend onto the sand from the promenade have been installed to provide handicap accessibility to the beach. Also, period-appropriate LED lighting is creating a safer environment for nesting sea turtles that use the beach. These and other changes notwithstanding, many visitors report Hollywood and its Broadwalk still looks and feels "like you're back in the '70s." 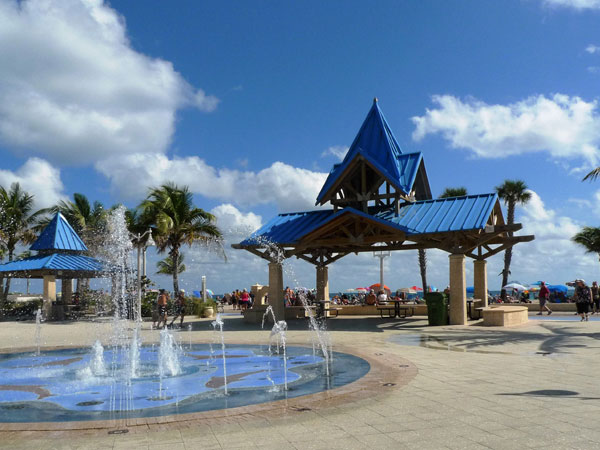 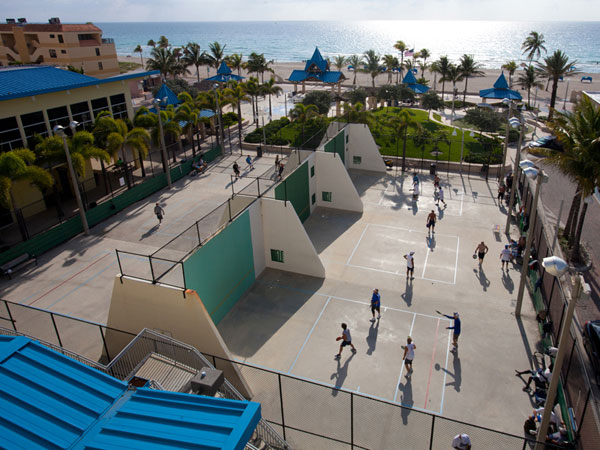