As the first park of Council Bluffs created in 1853, Bayliss Park continues to serve as the geographical and symbolic "town square" of the community. Located in the heart of downtown, its features include a plaza, fountain, performance pavilion, children's water splash pad, playful bronze black squirrel statues, monuments, and markers. The park's four corner entrances connect visitors with the surrounding commercial and residential areas of downtown. 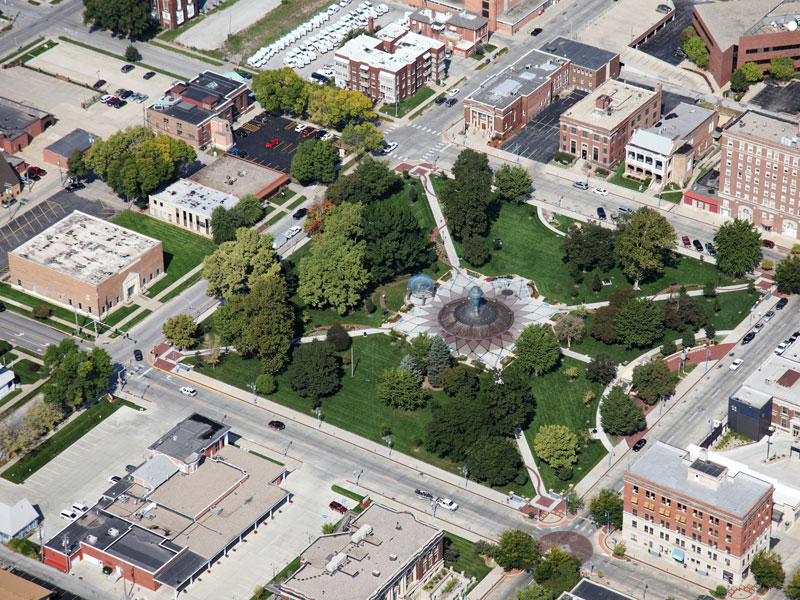 The land for the park was donated by Samuel Bayliss, an early Kanesville businessman, entrepreneur, and city council member. Shortly thereafter, the city began to plant trees and erect large wooden fences around the plot. The fountain, also the focal point of the park, was originally built in 1890, then replaced in 1971 and again in 2006. Various monuments and memorials were constructed between 1920 and 2003 to honor local veterans.

Under the direction of Mayor Thomas P. Hanafan and various city departments, a new vision of Bayliss Park was created with public input in 2004. A citizen steering committee raised funds for the creation of a master plan. The city raised nearly $750,000 with the help of over 1,500 community members for the park's rehabilitation and renovation. 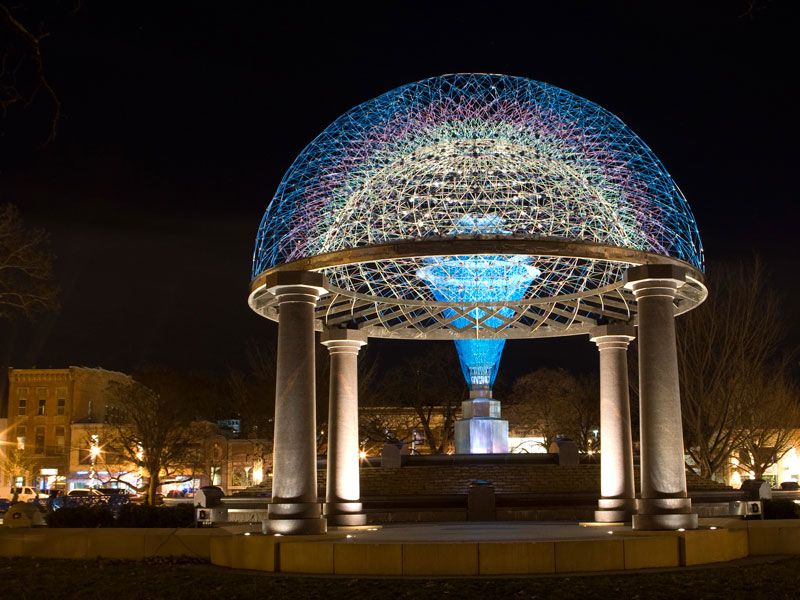 View of 'Wellspring' and 'Oculus' after dark. Photo by Sarah Williams. 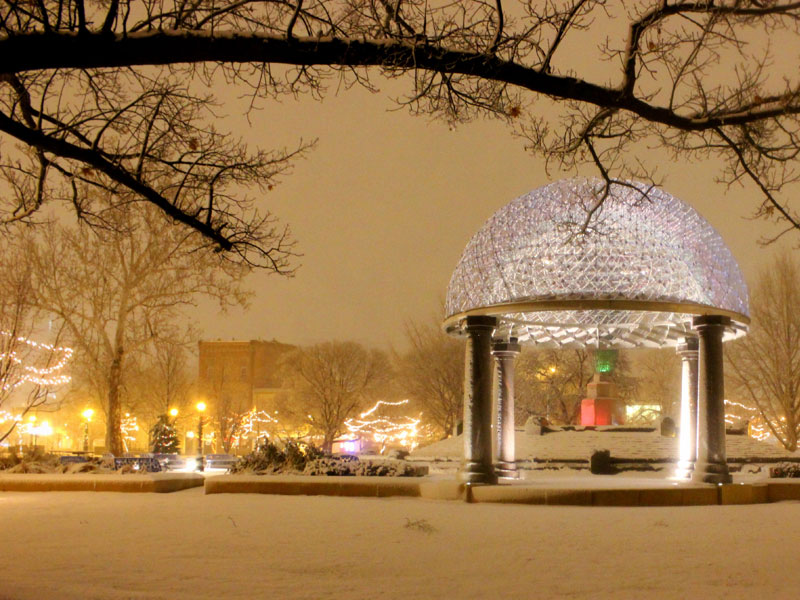 Park in winter during Winterfest lighting. Photo by Sarah Williams.