Connecting 131 miles of trails, Lincoln Trails Network offers year-round recreational opportunities for pedestrians, cyclists, and equestrians. The backbone of Lincoln's trails was built along two major rail corridors, passing through greenways and along passages away from major arterials. The trails network connects many of Lincoln's parks, gardens, schools, commercial areas, colleges and universities, swimming pools, and major ball parks. The trails connect to other notable destinations such as Lincoln's Children's Zoo, the Pinnacle Bank Arena, and Pioneers Park Nature Center.

Located within Lincoln's city limits, the trail network connects all quadrants of the community with the heart of Lincoln. 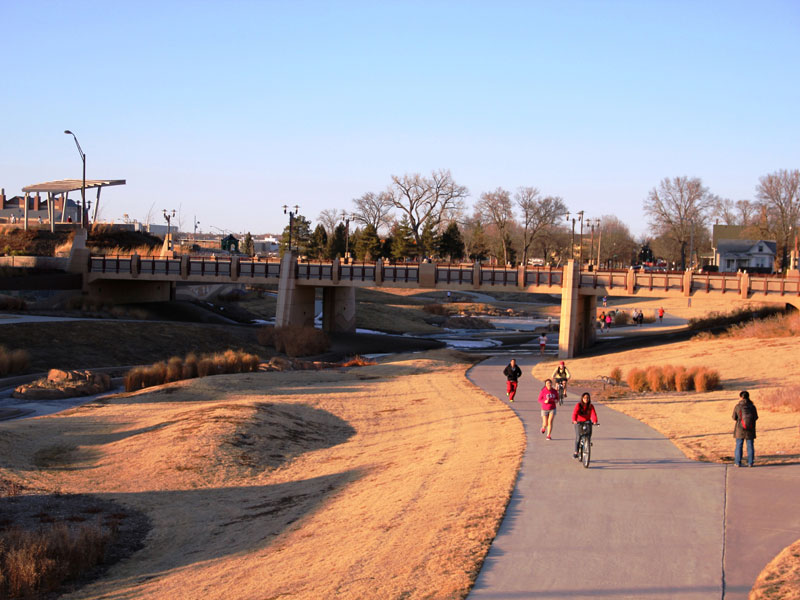 In 1978, Lincoln constructed its first trail, the Billy Wolff Trail, followed by the John Dietrich Trail in 1985. The city realized the need for trail linkages in downtown Lincoln, and the Great Plains Trails Network was formed in 1988. Citizen groups were instrumental in forming the organization and raised over $3 million for trail projects. The Mayor's Pedestrian/Bicycle Advisory Committee also formed in the mid-1980s to make recommendations on a comprehensive plan for a bicycle and pedestrian network for transportation, recreation, and physical fitness and to monitor the implementation of such plan. In 1989, the "Lincoln Area Trails Plan" was adopted by the city council, and trail acquisition was funded both publicly and privately over the decades.

Thanks to the Lincoln Trails Network, Lincoln is considered one of the top 10 biking cities in the Midwest — ranking fourth in bike commuting compared with cities of comparable populations. Over 2 million people use the trails annually, and 94 percent of Lincoln residents have access to a trail within one mile of their home. The trails continue to attract visitors from out of town — especially for the annual Lincoln Marathon, a qualifying run for the Boston and New York Marathons. A section of the trail was recently widened to accommodate more runners, as attendance increased from 10,000 to 12,000 this year.

In 2005, the Lincoln Comprehensive Plan and Long Range Transportation Plan were both updated to connect the trail network to the downtown street grid via protected bike lanes. Expansion of the trail network continues as community groups raise money for new construction, renovations, and maintenance.

The Lincoln-Lancaster County Planning Department has played a key role, identifying opportunities to improve and expand the trail network. It took the lead in developing the Bicycle and Pedestrian Capital Plan, which was adopted in 2013 to improve the trails network. The recently approved LPlan 2040 provides general trail guidance and supports network expansion so every residence has access within one mile. 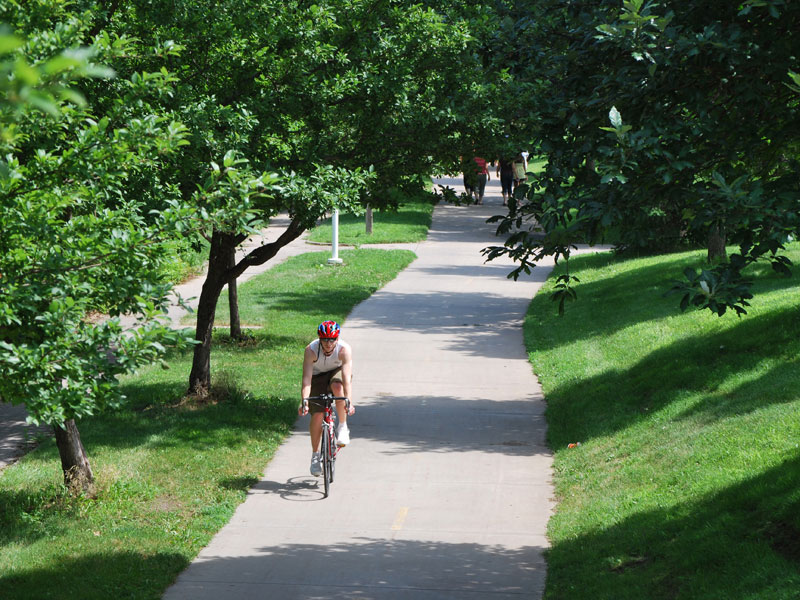 Biker on the trail. Photo courtesy City of Lincoln.

For a more detailed map of the Lincoln Trails Network visit: http://www.gptn.org/the_trails/ 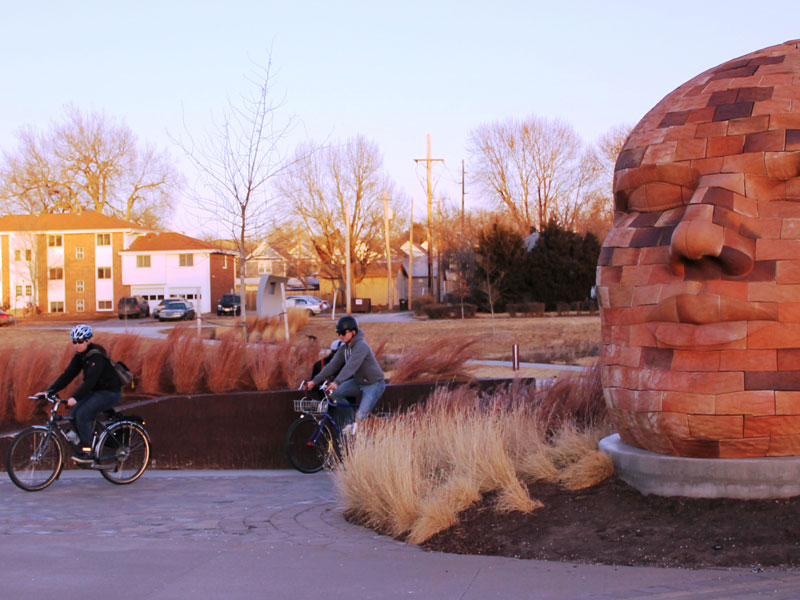 Bikers in Union Plaza near 'The Colossus' sculpture by James Tyler. Photo courtesy City of Lincoln.