Combine a major Manhattan transportation artery, cultural epicenter, architectural polyglot, and famed destination and the result is 125th Street in Harlem — a capital of African American cultural life since the early 20th century.

The American Planning Association has selected 125th Street in Harlem as one of 10 Great Streets in America because it has managed to maintain a strong identity through periods of tremendous population growth and infrastructural strain, disinvestment, and urban renewal. In addition it is a piston of economic, social, cultural, and transit activity for Harlem, with increasingly more walkable and livable places. 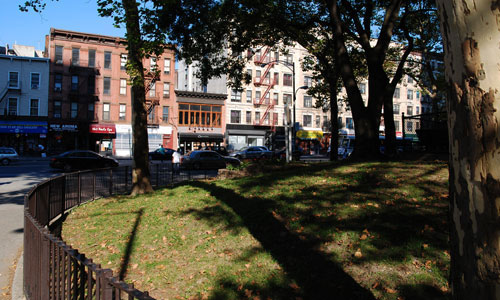 Laid out in the 1811 Commissioner's Plan of New York City, 125th Street is one of 15 broad crosstown streets that fall approximately every 10 blocks along the tilted north-south axis of Manhattan Island.  Unlike the others however, 125th has outstanding connectivity with New York's major transportation corridors: it runs from the Hudson to the East River and connects the arterial Henry Hudson Parkway, the FDR Drive, and the Triborough Bridge, and is served by a number of subway and bus lines.

A broad array of architecture is found here, including early single-family brownstones, tenement apartments, warehouses, art deco commercial structures, early office buildings, and mid-century modern buildings. For the most part the buildings are low-scale in height, which avoids the "canyon" effect of Manhattan's taller streets.

During the Harlem Renaissance of the 1920s and 1930s, there was an influx of black residents and rich cultural traditions. The world famous Apollo Theater on 125th helped launch the careers of such prominent black entertainers as Billie Holiday, Ella Fitzgerald, James Brown, Stevie Wonder, and Aretha Franklin.

After World War II, the street and surrounding neighborhoods began to decline as the Federal Housing Act fueled urban renewal and "slum" redevelopment in major cities throughout the U.S. Although a limited amount of "superblock" housing was constructed along 125th Street during this period, other nearby "urban renewal" redevelopment projects contributed to the destruction of historic Harlem housing and exacerbated disinvestment in the area. 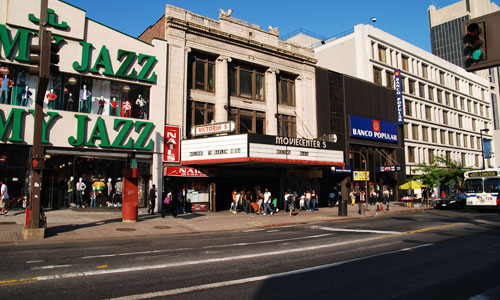 New activity on the street has led to an extensive review of "Harlem's Main Street" in order to further develop its identity as a regional business district and a premier cultural, arts, and entertainment corridor, notes Edwin Marshall of the New York City Department of City Planning.

But this development cannot succeed without preserving the street's historic role as a communal and pedestrian-oriented space. Complementing the city's new zoning proposals is a street lighting and lamppost project being sought by the 125th Street Business Improvement District, while the Harlem Community Development Corporation is working with the New York State Office of General Services to redesign the plaza in front of the Adam Clayton Powell, Jr. State Office Building. Trees for shade and a buffer from the street will be added to the plaza. During the summer, the plaza hosts a farmer's market, which brings fresh regional produce to the street. 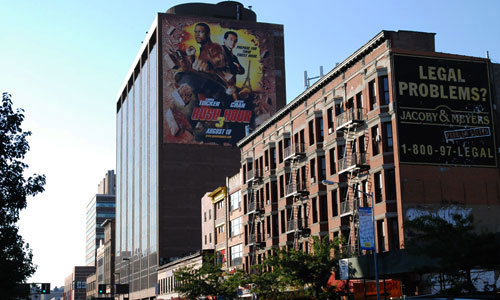