Whether you come from the east or west, you know when you've reached Northampton's Main Street. Following the topography of the land instead of a traditional grid, Main Street meanders through downtown moving from one urban room to another. The street's curves close off the vista, providing definition to distinct spaces.

The American Planning Association has selected Main Street in Northampton as one of 10 Great Streets in America for its interesting architectural features; capitalization on natural and historic features; and its ability to balance the competing needs of pedestrians, bicyclists, and drivers. 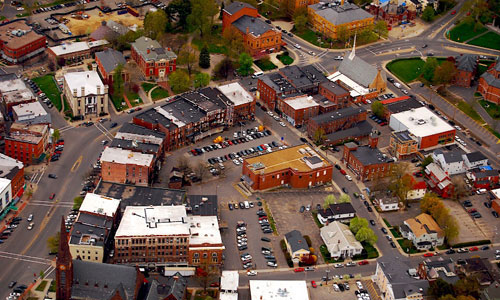 "There's a sense of place, walkability, and an eclectic mix of architectural styles. This isn't a homogeneous place," says Gene Bunnell, author and associate professor at the University at Albany.

While 19th-century buildings dominate Main Street, it's the mix of architectural styles combined with current uses — boutiques, galleries, coffee houses, and restaurants — that create visual interest and encourage people to walk, gather, and interact. Public and civic structures occupy the most visually prominent locations and dominate the skyline because of zoning that prohibits taller structures. Until 1980, eight-story buildings were allowed in the downtown. Since then, the allowable height has been reduced to five stories. New buildings are required to maintain alignment with existing buildings.

To get people out of their cars and onto Main Street, planners were instrumental in the development of a unique parking structure that blends seamlessly with the historic urban fabric. "A great deal of planning and urban design thought went into the project," Bunnell said. Situated behind Thornes Marketplace, the five-level garage features a walkway that connects to the midlevel of a five-story commercial building at 150 Main St. and its 25 shops, restaurants, galleries, studios, and businesses.

The garage made it possible for the city to allow Main Street building owners to expand or modify without having to provide additional parking. This has served as an incentive to owners of one-level structures to build a second story, thereby enhancing the visual appeal of the streetscape. 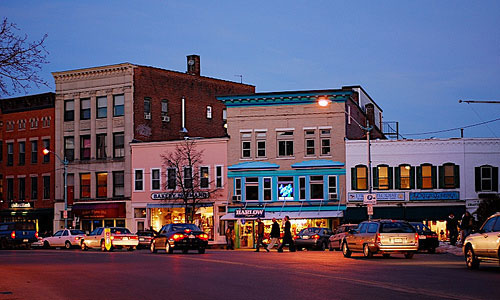 Design integrity and pedestrian orientation are considered Main Street's strongest unifying features. A 1980s streetscape program sent utility lines underground, eliminating poles. That change, combined with a solid wall of building fronts, provides an uninterrupted, continuous facade along Main Street. Planners have discouraged uses that generate heavy vehicle traffic. Some of those uses (automobile sales and services) are prohibited, while others (take-out restaurants) require a special use permit. The result is a sense of liveliness — day and night, weekday and weekend.

Today, retail vacancy rates along Main Street are extremely low and the upper floors of buildings are filled with offices and residences. In recent years, a reduction in minimum required lot dimensions has allowed new development to fill gaps that would otherwise not be allowed, particularly on small, narrow lots. The city has also provided public investment for affordable housing, fostering the redevelopment of empty public buildings back into productive use, and focused on brownfield revitalization of contaminated downtown sites. All of these changes have generated new activity on and around Main Street.

The continuous — almost 'round the clock — presence of workers and residents has fueled Main Street's economic and social success and led to the revitalization of nearby areas within the city. 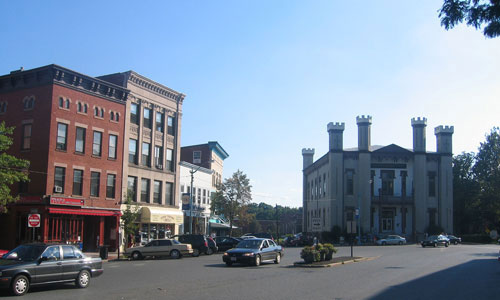