A public lottery held in 1762 paid for paving the Market Square in Portsmouth. In the 250 years since, the square and three streets originating from it — Market Street, Pleasant Street, and Congress Street — have remained the hub of downtown commerce and community life year-round. Portsmouth today is a vibrant regional destination for the arts, dining, and heritage tourism, but the city's economy hasn't always been so robust. Faced with declining industry during the 1950s and '60s, the city cleared portions of the downtown through urban renewal. Beginning in the 1970s, creative developers began rehabilitating historic industrial buildings on Market Street for conversion to residential and retail uses. 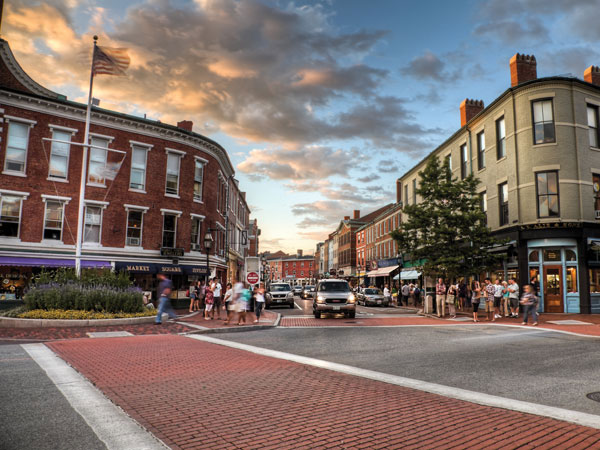 The city also took meaningful planning steps and followed through with implementation. Measures were designed to ensure the vitality of street-level businesses and to protect valuable historic properties including North Church, a beacon of Portsmouth visible from most city vantage points.

A key step in Portsmouth's recovery efforts was the revitalization of Market Square beginning in 1978. Once the site of a military training ground, a meeting house, and New Hampshire's colonial legislature, the renovated Square features wide brick sidewalks, benches, trees and a fountain. Today Market Square is "arguably the busiest intersection in all of Portsmouth," notes local blogger and photographer Philip Cohen, filled with pedestrians, buses, and cars against a backdrop of architecturally distinctive buildings, each with its own history. 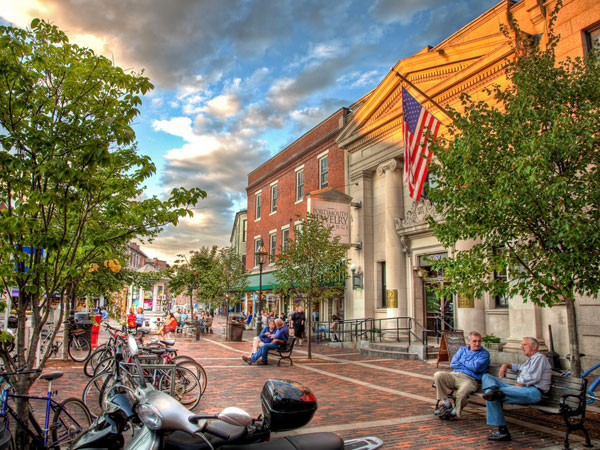 Historic value has been preserved along Market Square since the 1950s. Bicycle racks placed in and around the square encourage less vehicle traffic, while benches invite people to relax and socialize. Photograph courtesy of Philip Cohen. 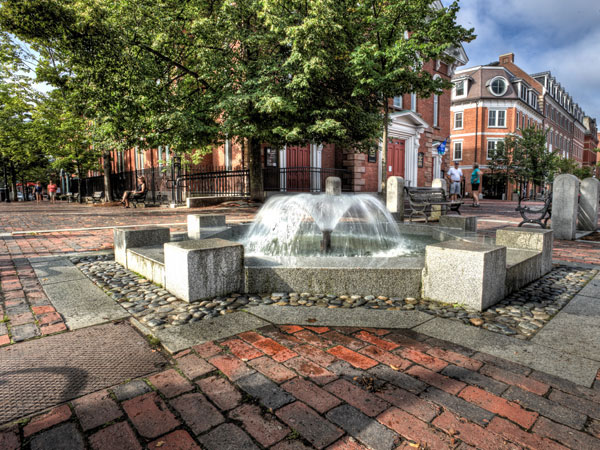 Renovations to the square include widened brick sidewalks, benches, trees and plantings, and a fountain, all providing a unique value and visual interest to the site. Photograph courtesy of Philip Cohen.