Concentrated along these 11 short blocks is Pittsburgh's finest collection of historic buildings and modern skyscrapers, buildings that tell the stories of 20th century aristocrats and architects who shaped the city into an industrial and banking empire. Subtle clues hint at the transformation from churches and a hilltop promenade to today's flat, landscaped boulevard of office towers. The street's most revered building is the Allegheny County Courthouse and Jail, built in 1886 by noted architect Henry Hobson Richardson. This cluster of buildings is perhaps his finest work and exemplifies the Richardson Romanesque style characterized by rough-hewn red granite, strong picturesque massing, and varied rustication. 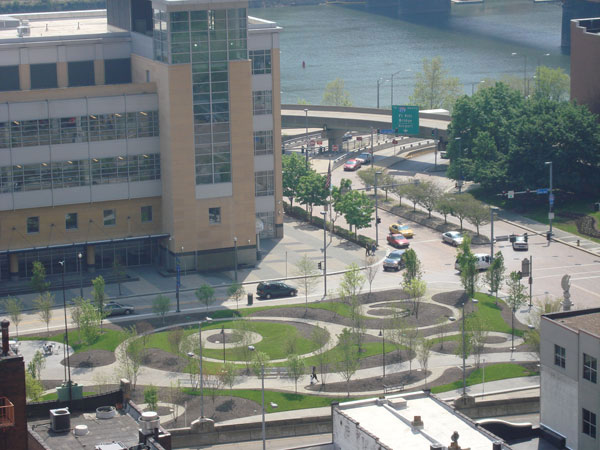 Until 1913, this complex sat atop Grant's Hill, named in recognition of British Major James Grant who was defeated by the French in this spot in 1758. A city planning project known as "Hump Cut" shaved 60 feet off the hill and allowed the street to be repaved and widened.

The U.S. Steel Tower, one of the first modern buildings on the street and the city's tallest building, was erected in 1970 to showcase Cor-Ten steel. Mellon Green, located across the street, provides a campus feeling and natural respite where office workers eat lunch and tourists rest their legs. In 1998 design guidelines were adopted to ensure that the street's architecture and integrity remain for years to come. 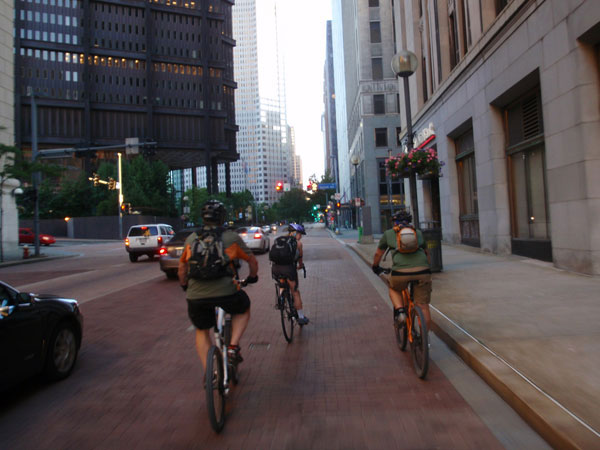 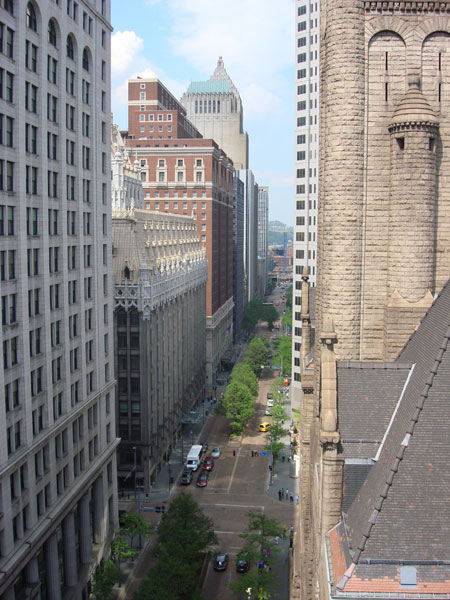