When Georgia miner and entrepreneur John Bozeman scouted the Bozeman Trail, an overland route connecting Montana gold country to the Oregon Trail, he discovered the fertile Gallatin Valley and an ideal location for a new town. With Bozeman founded in 1864, businesses catering to miners, ranchers, and farmers lined that portion of the Bozeman Trail running through town and formed the nucleus of Main Street. Through the 20th century the commercial district grew into a regional crossroad given its designation as a portion of the Yellowstone Trail, the first transcontinental automobile highway through the country's upper tier of states and, eventually, U.S. Highway 191. 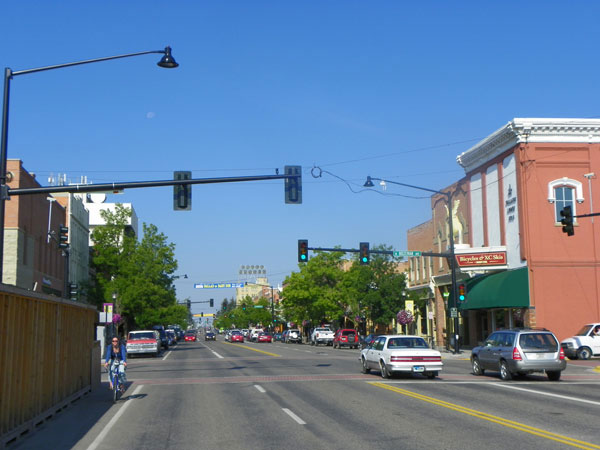 Main Street is located in the heart of the picturesque Gallatin Valley. The nomination of the Main Street Historic District to the National Register of Historic Places in 1987 brought an eclectic mix of businesses and residents to downtown. Flickr photo by J. Stephen Conn (CC BY-NC 2.0).

Today there's a stunning collection of late 19th and early 20th century buildings within the Main Street Historic District, which was added to the National Register of Historic Places in 1987 and includes the 1919 Ellen Theatre. That Renaissance Revival building, designed by local architect Fred Willson, was once a showcase for vaudeville and other musical acts until falling into disrepair in the 1960s. In 2008 Montana TheatreWorks restored the building, located at 17 West Main St., and returned it to its former glory.

During the early hours of March 5, 2009, a natural gas explosion and subsequent fire swept the 200 block of East Main, destroying four buildings. The community, city leaders, and Downtown Bozeman Partnership have supported the owners who have rebuilt three of the buildings in accordance with the Downtown Bozeman Improvement Plan and city's Historic Preservation Design Guidelines.

Given Bozeman's proximity to Yellowstone National Park and nearby opportunities for outdoor recreation, thousands of tourists each year are drawn to the town and its 100-plus Main Street businesses. 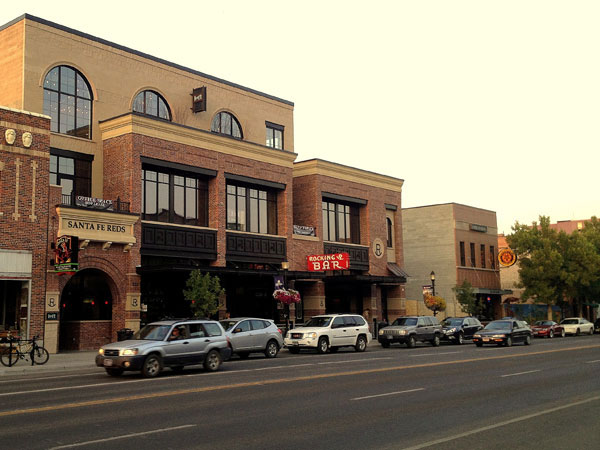 The historic buildings that line Main Street are built in a number of styles, including Romanesque, Art Deco, and Moderne. An explosion in 2009 that destroyed four buildings along Main Street made reconstruction possible. Photo courtesy Allyson Brekke. 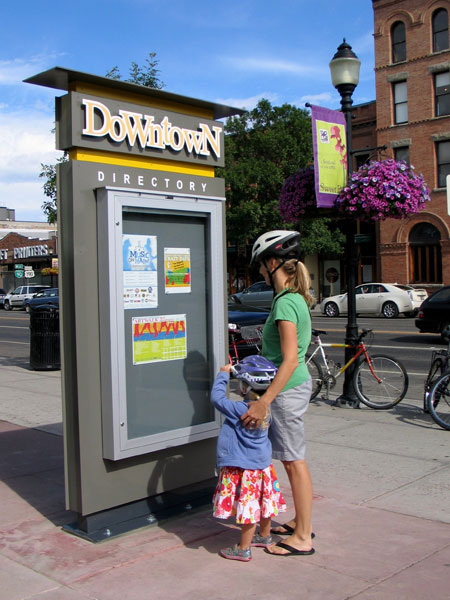