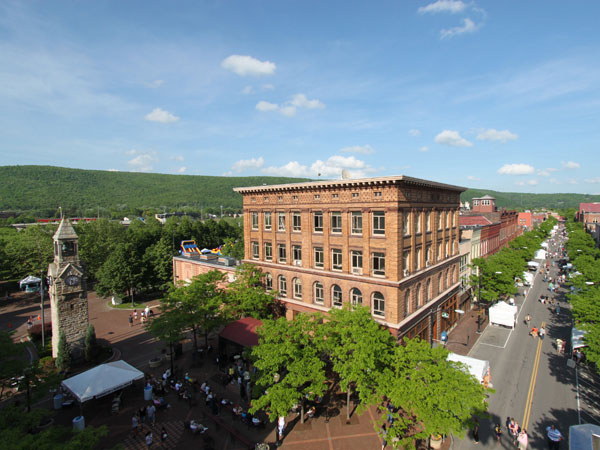 The Fortune 500 company Corning, Inc. has shaped much of Corning's history and development, but so too, have residents and community leaders. The first to call for protecting Market Street's outstanding architecture was a group of women led by Ernestine King, Jinny Wright, and Jean Wosinski during the 1960s. They later formed the group Care for Corning in the early 1970s.

Interest in planning Corning's future became even more widespread in 1972 following Hurricane Agnes, which left Market Street four feet under water. Some of the city's federal disaster funds for Agnes were used to make infrastructure improvements along the street. The nonprofit organization Market Street Restoration Agency, created two years after the hurricane, joined efforts to protect the street's historic architecture and unique qualities.

The progression of planning and plan implementation that began in the wake of Hurricane Agnes continues today. A second $5.2 million renovation was completed last year of the pedestrian-only Centerway Bridge that connects Market Street with the Corning Museum of Glass. The $6 million Corning Transportation Center will enable the city to better accommodate tour buses that bring a half-million visitors to the glass museum and downtown Corning each year. 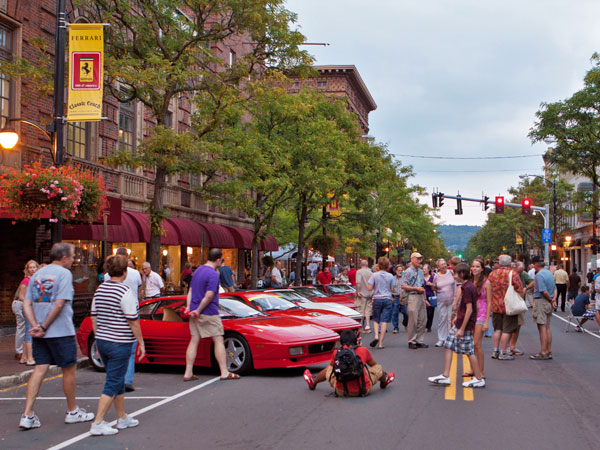 The Crystial City Ferarri Show, one of the many special events along Market Street throughout the year. Photo courtesy Kris Kumer. 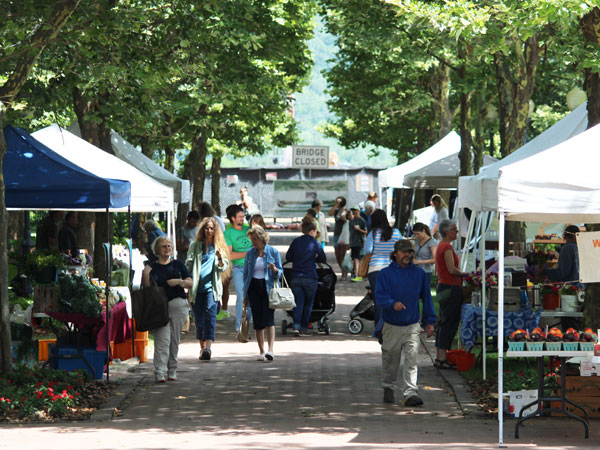