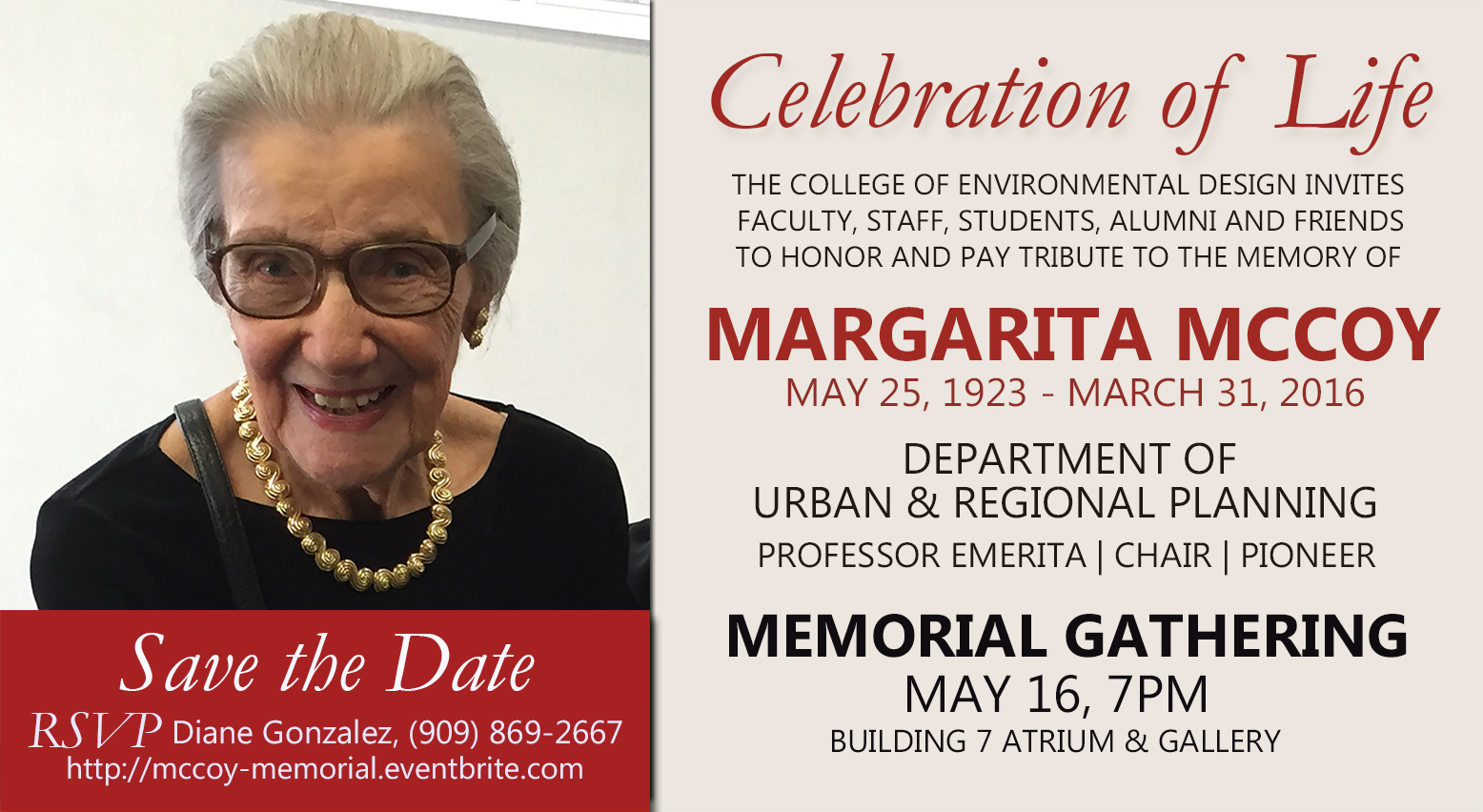 The planning profession lost a true advocate with the passing of former AICP President Margarita P. McCoy, FAICP, on March 31, 2016.

Cal Poly Pomona held a memorial celebration on Monday, May 16, 2016.

According to the USC Sol Price School of Public Policy website, McCoy began her planning career in 1959 as an elected member of the planning board in Sadbury, Massachusetts. She served as an administrator and faculty member in the department of urban planning at California Polytechnic University, Pomona.

In 2005, McCoy received the APA National Women in Planning Award. Below is the Planning magazine (March 2005) article about her contributions to the planning profession.